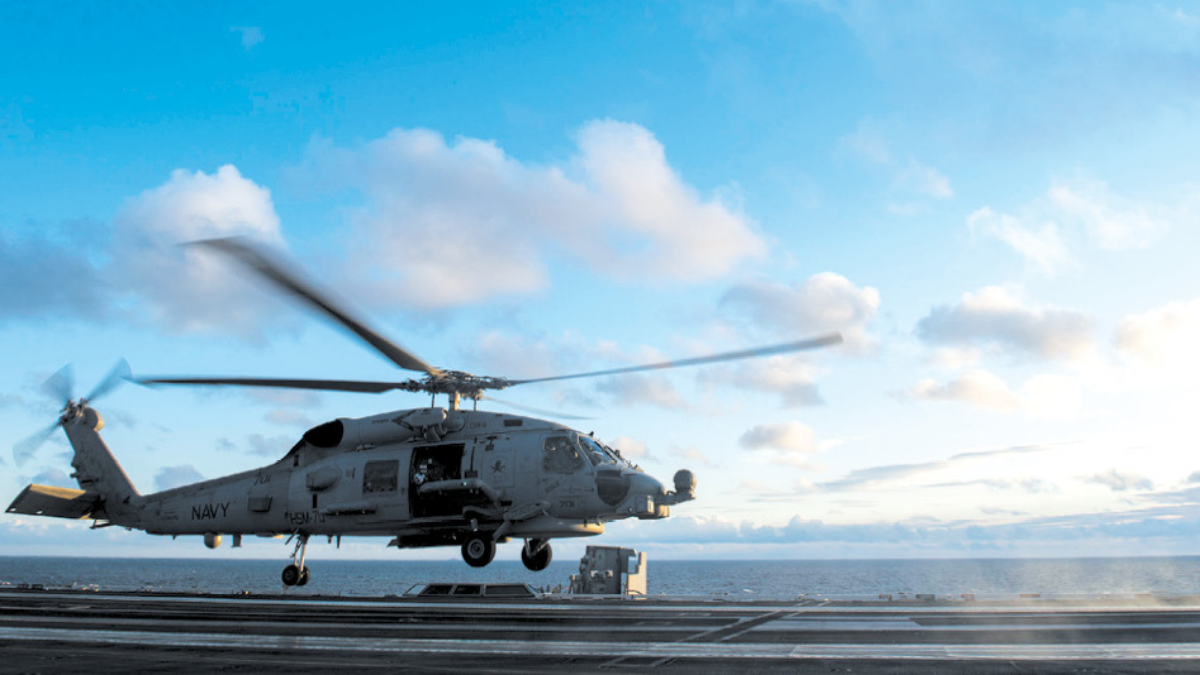 HSWINGLANT was disestablished and assimilated into Helicopter Sea Combat Wing, U.S. Atlantic Fleet (HSCWINGLANT) in Norfolk, Virginia, April 1, 2005, as part of a major reorganization of the Navy’s helicopter community. HSCWINGLANT Detachment Jax was maintained at NAS Jacksonville to continue the support and training of Atlantic Fleet HS squadrons in the traditional missions of CV/CVN-based ASW, overwater SAR and logistics support, as well as missions such as combat search and rescue, naval special warfare support and anti-surface warfare. As HS squadrons transitioned to HSC squadrons and were relocated to Norfolk, the HSM community began its expansion at NAS Jacksonville. Helicopter Sea Combat Wing, U.S. Atlantic Fleet, Det. Jacksonville was reassigned to Commander, Helicopter Maritime Strike Wing, Atlantic (CHSMWL) in April 2011.

HSMWL Detachment Jacksonville continues to provide support and training to both expeditionary and CVN-based HSM squadrons stationed at NAS Jacksonville and Naval Station Mayport. All squadrons professionally fly and maintain the MH-60R helicopter in support of critical U.S. Navy missions around the world.

Helicopter Anti-Submarine Squadron Light 60 (HSL-60) was established on April 1, 2001 to provide operational SH-60B detachments to U.S. surface combatants deployed around the world. Since 2011 the “Jaguars” have completed numerous deployments to nearly every corner of the globe, and were the first Navy HSL squadron to maintain a night airborne Use of Force capability for warning shots and disabling fire. In June 2015, the squadron transitioned to the MH-60R multi-mission helicopter and was re-designated Helicopter Maritime Strike Squadron 60 (HSM-60). Comprised of approximately 200 Full-Time Support (FTS) and Selected Reserve Sailors, HSM-60 remains the only HSM squadron in the Navy Reserve and provides valuable operational support to Helicopter Maritime Strike Wing Atlantic and U.S. Fleet Commanders. HSM-60 was selected as Commander, Naval Air Force Reserve’s Squadron of the Year for 2016.

Helicopter Maritime Strike Squadron 70 (HSM-70), home of the “Spartans”, was established on Feb. 12, 2009 as the East Coast’s first MH-60R helicopter squadron. Bringing new systems and capabilities to the fleet with the directed mission to conduct all-weather sea control operations in open-ocean and littoral environments, HSM-70 continues to be an integral asset of a Carrier Air Wing and Carrier Strike Group in support of a distributed force with a core aboard the CVN and MH-60R detachments aboard surface combatants. Since its maiden deployment with Carrier Air Wing Eight on USS George H. W. Bush (CVN 77) in 2011, HSM-70 successfully completed a nine-month deployment in 2014, and recently completed its third deployment in the 5th and 6th Fleet area of responsibility directly supporting Carrier Strike Group Two and Operation Inherent Resolve. The MH-60R continues to be the most survivable, lethal and reliable helicopter in the U.S. Navy’s arsenal - projecting enhanced combat power to perform missions of antisubmarine warfare, anti-surface warfare, area surveillance and combat identification.

The squadron’s namesake “Swamp Fox” derives from the Revolutionary War hero Gen. Francis Marion. From 1775-1783, his tiny, unconventional band of patriots harassed and continually defeated the larger, better-equipped forces of the British Army. The image of the “Swamp Fox” is an apt metaphor for the multi-role concept and HSM-74 in particular, which is a similarly small force that is capable of inflicting significant punishment upon the enemy.

The squadron was established as HSL-44 on Aug. 21, 1986, it has been at the forefront of the U.S. Navy rotary wing aviation ever since. The Swamp Foxes have participated in over 30 years-worth of search and rescue and MEDEVAC operations, saving countless sailors and mariners in the process.

The Swamp Foxes have faced wartime operations in a manner worthy of their namesake. Recently during Operation Inherent Resolve HSM-74 deployed from USS Eisenhower (CVN-69) with three combat elements onboard the USS San Jacinto (CG-56), the USS Nitze (DDG-94), and the USS Mason (DDG-87) as a part of Carrier Strike Group Ten. During these operations, Swamp Fox crews were involved in search and rescue, maritime interdiction, defense of shipping and infrastructure, surveillance, and surface fleet gunfire support missions.

As part of the prodigious Battle Axe Team of CVW-3, HSM-74 will continue to lead the way as it carries out the nation’s business with precision, teamwork, and excellence.