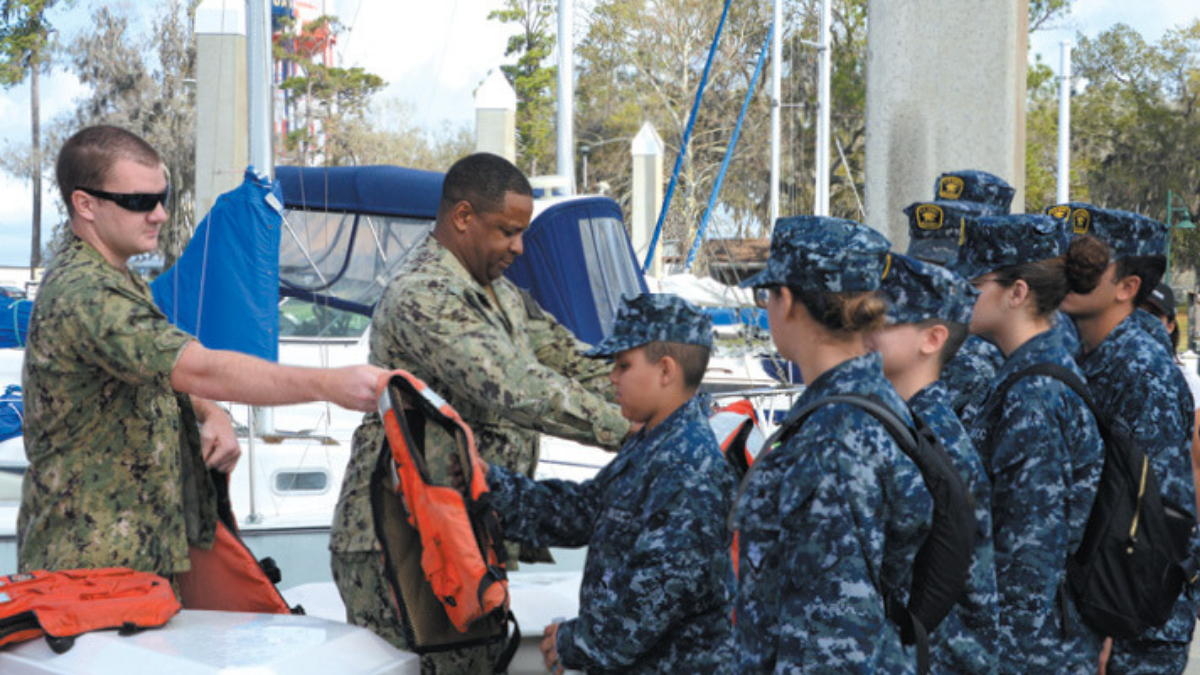 The U.S. Naval Sea Cadet Corps is a youth training organization for ages 10 to 17, through organization and cooperation with the Department of the Navy, to encourage and aid American youth to develop, to train them in seagoing skills and to teach them patriotism, courage, self-reliance and kindred virtues. Sea Cadet organizations exist in most of the maritime nations of the world. Recognizing the value of these organizations in educating youth in maritime matters, the Department of the Navy requested the Navy League of the United States to establish a similar program for American youth. The Navy League agreed to do so and then formally established the Naval Sea Cadet Corps (NSCC) and Navy League Cadet Corps (NLCC) in 1958. Recognizing the importance and benefits of the NSCC, Congress federally incorporated the Naval Sea Cadet Corps on Sept. 10, 1962, under Public Law 87-655 (36 USC 1541). The program is open to all young Americans regardless of race, color, creed or gender.

Each summer, cadets have the opportunity to participate in various Navy-sponsored trainings. In the cadet’s first year, they attend recruit training for about two weeks, then they are eligible for advanced training such as for Airman, Medical, JAG, Rescue Swimmer, Culinary, Photojournalism and more.

There is a Sea Cadet unit aboard NAS Jacksonville that drills on weekends, when cadets receive hands-on training in various careers in the military. Interested? FDR Squadron can be reached at www.fdrseacadets.org for specific information on the unit’s drill schedule.