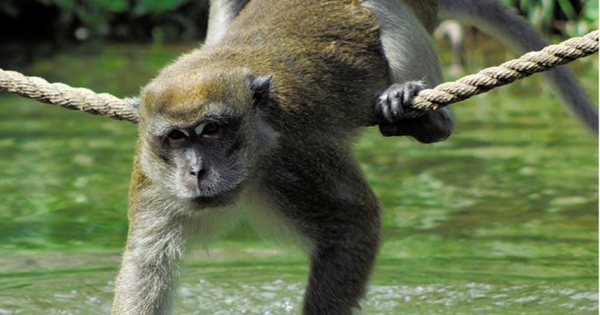 Just off Highway 1 in south Dade County and a little more than three hours from Key West, Monkey Jungle is a genuine wilderness ecosystem that is home to nearly 400 primates comprising 30 species. Founded by naturalist Joe DuMond on an expansive 30-acre hardwood hammock, or raised hill, the Monkey Jungle assists in the conservation of endangered apes while allowing visitors to experience the uncaged primates in their wild natural habitat. The primate population includes Java macaques, orangutans, gorillas, gibbons, howler monkeys, squirrel monkeys and spider monkeys.

After visitors were attacked by the fiercely territorial crab-eating Java monkeys, DuMond couldn’t bring himself to cage the primates so he had pathways carved through the terrain encased in wire tunnels. This gave rise to the jungle’s motto of “where humans are caged and monkeys run wild.”

Monkey Jungle includes North America’s only seminatural tropical Amazonian rainforest. As a complete ecosystem with predators such as hawks, raccoons and snakes, some monkeys are hunted as prey while other carnivorous monkeys will catch and eat baby raccoons and opossums. Daily feedings showcase the monkeys’ skin-diving prowess as they plunge into pools to retrieve fruit thrown by park guides. Admission is $29.95 for adults, $27.95 for seniors and $23.95 for children ages 3 to 9, and the jungle is open 9:30 a.m. to 5 p.m. daily.