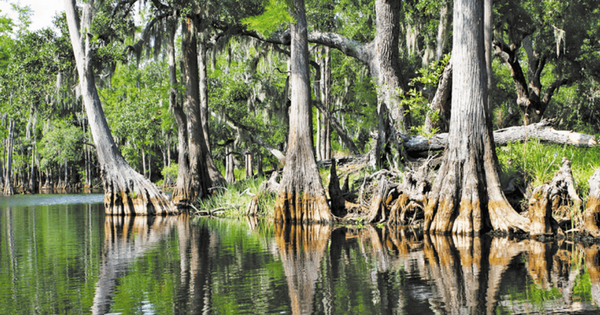 About a five-hour drive up Overseas Highway 1 from Key West, the Everglades National Park encompasses more than 1.5 million acres of diverse ecological preserves and is the only subtropical wilderness area in the United States. A co-mingling of both fresh and saltwater, the Everglades Ecosystem is resplendent with rare and endangered species and offers numerous opportunities for exploring. Camping, hunting, fishing, canoeing, kayaking, hiking, biking, boating, swimming, diving and snorkeling are just some of the ways one can experience the multivariate natural wonders of this designated World Heritage site.

Once covered by an ancient sea, the Everglades are now home to much of the remaining wildlife in South Florida. With a blend of temperate and tropical climates, the Everglades display a menagerie of plant and animal species that coexist nowhere else on the planet. This includes more than 360 documented species of birds, 300 species of fish, 40 species of mammals and 1,000 species of plants. Unfortunately, some of the most famous creatures in the Everglades are also threatened or endangered. These include the leatherback turtle, West Indian manatee and Florida panther.

Best visited between the dry winter months of January through April, when free from summer’s oppressive heat, 90 percent humidity, rampant mosquitoes and potential hurricanes, the region reveals a vast spectrum of ecosystems. Some of the distinct habitats include mangrove stands, pine rocklands, hardwood hammocks, cypress swamps, freshwater sloughs, marine estuaries and the famous sawgrass marshes. Additionally, the porous limestone foundation beneath the Everglades serves as an aquifer, filtering and capturing fresh water as a source for the remainder of the state.

The Everglades National Park is home to the largest contiguous stand of salt-tolerant mangroves anywhere in the U.S. Found along the coastal tides where fresh water meets salt, one can canoe under their canopies, watching wading birds feed and nest. These stilt-rooted mangroves are also Florida’s first line of defense against hurricanes. With a backcountry camping permit, one can chart a course through the 99-mile Wilderness Waterway route between Flamingo and Everglade City. The excursion can take as little as six hours by motorboat or up to seven days via canoe.

The Pineland, or “pine rocklands” is a region of slash pines whose roots take hold in the limestone and produce a vast canopy under which an incredible plethora of flora thrive. Fire has always been an important component of this region, serving to oust the faster-growing hardwoods before they can block the sun from pine seedlings. Normally, natural causes like lightning served to spark the forests, but nowadays rangers use controlled burns to keep the pinelands healthy.

What once was the “river of grass” — a vast, sheet-like, slow-flowing (100 feet per day), freshwater river region, measuring 60 miles wide and 100 miles long, from Lake Okeechobee to Florida Bay — is now 25 percent of its former size. Seventeen hundred miles of canals and deepened rivers, constructed in the mid-20th century to stymie the flood burden of the Southern state, actually led to an accelerated deterioration of the once fertile wetlands. While trying to make conditions more hospitable to human life, the drainage efforts inflicted a double detriment to the natural realm — losing more than a billion gallons of fresh water a day to the sea, the prairies and marshes, with their indigent supporting biosphere, subsequently dried out, were consumed in fires and lost forever. The Everglades National Park system was founded with the mission of conserving the precious remnants of this once bounteous wild.