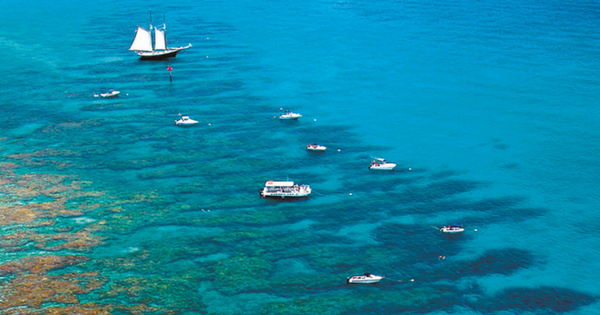 Key West has a long-standing reputation as being the premier tourist and vacation destination as the southernmost city in the continental United States. However, Key West has a lot more to offer than just sun, beaches and surf. Architecture, history and adventure are on the menu year-round. And let’s not forget Key limes, pineapples and “pink gold” (shrimp). The former mayor of Key West began a campaign to establish Key West as “the cleanest little city in America” — a plan that will boost the foundations of the island, thus improving its overall appearance. From mentoring and youth athletic sponsorship, to physically cleaning and tending to the island, Key West’s citizens have answered the call to strengthen the island as a whole.

Discovered by Ponce de Leon in 1513, the isle was named “Cayo Hueso,” or “Isle of Bones,” upon landing, because the ground was scattered with the bones of Native Americans — it was later found to be a native burial ground. The term “Key West” is actually an English mispronunciation of Cayo Hueso, so named in 1822 when a small naval depot was established. Prior to U.S. occupation, the island chain was a haven for criminals and pirates, as well as Native Americans. The island’s two earliest industries were fishing and salvage. The salvage industry made Key West the largest and most prosperous city in Florida due to the large reefs flanking the island. Literally hundreds of trade ships struck and sank on the reefs, and divers salvaged millions of dollars’ worth of riches. To this day, the coast of Key West is one of the most dived locations in the world due to the ships still sunken close to the coast. However, from 1890 to 1935, the island’s population steadily declined, and construction/industries all but ceased. In turn, World War II brought a population boom and industry increase. The area’s population more than doubled in the 20-year span between 1940 and 1960. However, after 1960, bases shut down nationwide, and Key West was no exception. Cyclical yet again, from 1960 to 1980, population declined slightly less than 30 percent. By 1990, the population was on the rise yet again (from 24,377 to 24,832), and currently the population has reached a plateau of approximately 25,755.

Key West has several bohemian-styled structures that are more than a century old, including tin-roofed Conch-style homes, gingerbread houses and faithfully restored wooden homes built in the style of the island’s original visionaries. Several world-famous people have called Key West home, from Lou Gehrig to Thomas Edison to Tennessee Williams, and many of their former homes are available to tour and photograph.

In the historic Bahama Village (settled in the 19th century by immigrants from the Bahamas), new stores and restaurants are springing up seemingly overnight. This area was a favorite of Ernest Hemingway, who was known to frequent the bars to arm-wrestle and box with the locals. The Mallory docks are a likely source for nighttime entertainment for islanders and tourists alike. Sidewalk cafes, open-air bars and dimly lit pubs line the streets, which are filled with jugglers, mimes and a multitude of street musicians. Some of the top attractions for tourists include:

This world-famous tour of Key West takes you to Truval Village, near the Hemingway Home and Museum, Flagler Station and many other interesting and historical sights.

Discover the treacherous world of shipwreck salvaging and how it made Key West the richest city in the Florida Keys.

A walk through this historic graveyard can tell as much about Key West’s eccentric character as any history lesson. Unusual whitewashed above-ground tombs and unique statutes are perfect indicators of the Keys’ colorful past.

Enjoy sightseeing tours of Key West, featuring more than 100 points of interest. The trolleys make stops along the way for shopping, attractions and dining.

This well-equipped playground is a popular stop for families on their way to and from the beach, Edward B. Knight/White Street Pier or Old Town Key West.

This large park has a fully equipped playground, basketball court and tennis courts. It is a popular spot for local events.

This pier extends hundreds of yards over the Atlantic Ocean. When winds are calm or out of the north, a stroll along this pier reveals large schools of fish and numerous feeding shore birds. The end of the pier is a good spot for family fishing excursions.

A public walkway was built around this former commercial-fishing harbor. This is a great place to take a stroll with your family. Children might find a wild sea turtle or see hungry tarpons and occasionally manatees from the walkway.

This historic fortress at the southwest end of Key West is a fascinating place for children to play and watch boats as they sail out of Key West Harbor. The grounds offer a sandy beach with picnic tables and restrooms.

Though Key West is known as a tropical paradise, don’t expect to find white-sand beaches this far south. Though somewhat rocky, the beaches are lush nonetheless and offer several different activities year-round. Here’s a small offering of some local beaches most accessible to swimming, surfing and sunbathing.

Key West has a mild tropical climate nearly year-round, due mainly to its proximity to the Florida current. At its coldest, winter is only an average of 15 degrees cooler than summer. However, there are only two major seasons: dry and wet. The “dry season” lasts December through April, and the “wet season” runs May through October. During the wet season, the Keys receive more than 75 percent of their annual rainfall. Hurricane season runs tandem with the rainy season, from June through October, with the most probable dates for a hurricane occurring mid-August to early October. Thunderstorms occur almost every month of the year but are most severe July to September. The Florida Bay is also the waterspout capital of the world, experiencing 40 to 550 waterspouts per year; they are most common May through October.