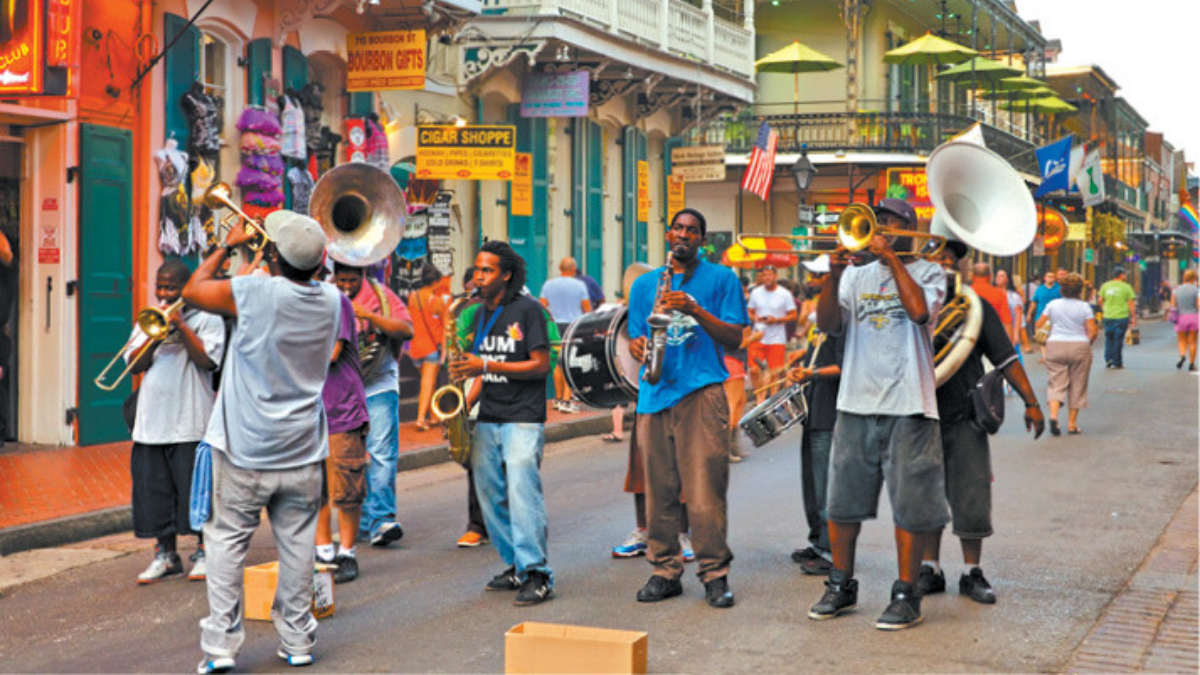 New Orleans has a full calendar of music festivals and is a stop on the A-list concert circuit. Festivals such as the Voodoo Music + Arts Experience, Jazz Fest and the Essence Music Festival are just a few signature events that draw dozens of top acts to the city for days and nights filled with your favorite performers. Free festivals such as the French Quarter Festival, Satchmo SummerFest that honors legendary jazz trumpeter Louis “Satchmo” Armstrong, and a local favorite, Wednesday at the Square, showcase amazing local talent and the national and international acts that can’t resist sitting in.

The city is the birthplace of jazz and a mecca for gospel, R&B and, ultimately, the rock and pop we love today. A wholly original spirit of creativity and musical magic is alive on the streets and in the clubs. Experience unbelievable live musical performances in venues from swank lounges to tiny honky-tonks to mega concerts in places like the New Orleans Arena, renamed the Smoothie King Center in 2014.

Most notable is the New Orleans Jazz & Heritage Festival in the last weekend of April to first weekend of May each year. For more than 40 years, music lovers around the globe have made the pilgrimage to the historic Fair Grounds Race Course for a lineup that reads more like a who’s who of music legends than an event flier. The music is phenomenal, the food inspirational. It is an event worthy of the birthplace of jazz.