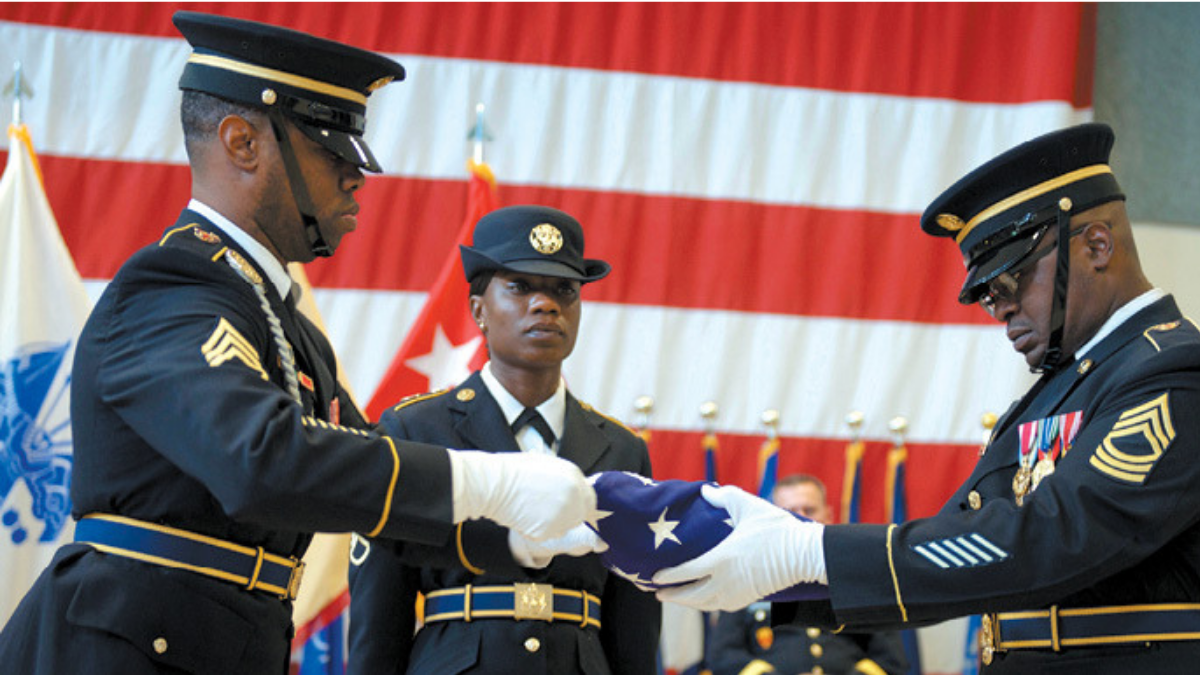 The 377th Theater Sustainment Command (TSC) is a multifunctional unit that performs a dual mission. The first is mission command of assigned forces to provide the U.S. Army Reserve with trained and ready individuals and units that support geographic combatant command requirements. The second mission is to deploy and operate as the senior Army logistics headquarters capable of planning, controlling and synchronizing operational-level Army deployment and sustainment. The 377th TSC has nearly 36,000 Soldiers and civilians in 35 states. The workforce is made up of approximately 80 percent citizen Soldiers, 10 percent represent the active component and about 10 percent are civilians. It is commanded by a major general (two-star) with six brigadier general (one-star) commanders in charge of subordinate commands across the country.

In September 1950, the 377th was called to Fort Eustis, Virginia, and stayed on active federal service until Oct. 10, 1952. From 1953 to 1963, the 377th remained in a Reserve status and experienced extensive growth and several changes in unit designation.

In December 1965, the unit was redesignated as the 377th Support Brigade under the Army Logistical Concept. On Oct. 16, 1979, it was renamed the 377th Corps Support Command and retained this designation until July 16, 1981, when it was designated as a Theater Army Area Command (TAACOM). On Oct. 1, 1998, the TAACOM wartime mission expanded and the unit designation was changed to the 377th Theater Support Command.

U.S. Southern Command in September 2007. Since then, the 377th TSC has generated and globally deployed sustainment forces for multiple missions in support of Operations Enduring Freedom, Iraqi Freedom and New Dawn. Additionally, the 377th TSC provided earthquake relief in Haiti as part of Operation Unified Response in 2010 and provided assistance to the East Coast in the wake of Hurricane Sandy in 2012. More recently, the 377th TSC has begun transitioning to work with U.S. Army North, strategic partners and subordinate units in support of homeland defense, Defense Support of Civil Authorities and Security Cooperation Operations. As the Army transforms, the 377th TSC will continue to lead the way by integrating emerging technology with the best-trained and ready Soldiers to provide sustainment solutions to support any mission.

The MEPS is assigned military and civilian personnel who process up to 150 applicants each day for the armed forces.

A separate DOD agency, the U.S. MEP Command (MEPCOM) comprises two geographical sectors and is staffed with personnel from all military services.

The mission of the MEPCOM and the New Orleans MEPS is to process individuals for enlistment or induction into the armed services, based on DOD-approved peacetime and mobilization standards. Three primary areas are considered in determining an applicant’s qualifications for enlistment: aptitude for military service, physical qualifications and background evaluation screening.