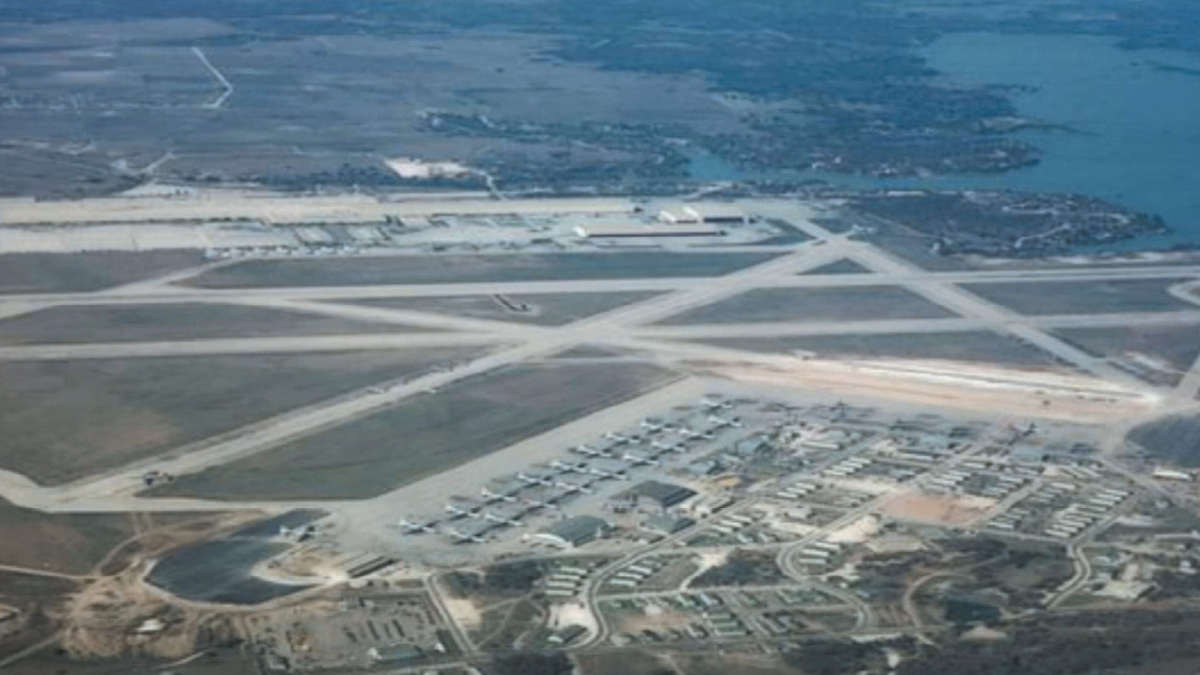 Naval Air Station Fort Worth Joint Reserve Base was first known as Tarrant Field Airdrome until World War I when it became Fort Worth Army Air Field in January 1942, following the attack on Pearl Harbor. The site adjacent to the field was selected in 1941 as a Consolidated Aircraft Factory, later known as “Air Force Plant 4” for the production of B-24 Liberator, B-32 Dominator, B-36 Peacemaker, B-58 Hustler, F-111 Aardvark, F-16 Fighting Falcon, and F-22 Raptor; that site is now operated by Lockheed Martin Aeronautics which is manufacturing the F-35 Lightning II.

In 1948, it was renamed Carswell Air Force Base after Medal of Honor Recipient and Texan Maj. Horace S. Carswell Jr. Throughout the years, the base’s overall mission changed as the aircraft factory rolled out new models. After World War II, the base became one of the few newly formed Strategic Air Command bases. The base also saw its bomb wings transition through a number of bombers, such as the B-36 Peacemaker, B-52 Stratofortress and the B-58 Hustler.

As part of the Defense Base Closure and Realignment Act of 1990 during Round II Base Closure Commission deliberations, Carswell Air Force Base was recommended for closure. The base ceased operations on September 30, 1993, and was transferred to the Air Force Base Conversion Agency (AFBCA) for property distribution and reuse. On October 1, 1993, the Air Force Reserve 301st Fighter Wing assumed base responsibilities, establishing Carswell as an Air Reserve Base.

The base was later realigned and renamed Naval Air Station Fort Worth Joint Reserve Base (Carswell Field) on October 1, 1994 when the U.S. Navy assumed control of the property. The approximately 2,300-acre base is the result of the DoD’s 1993 BRAC recommendation to relocate NAS Dallas and its tenant commands to the former Carswell AFB. The DoD also relocated other Navy Reserve, Marine Corps, Army, Air Force and Air National Guard commands to the facility. Under the operational command of the Commander, Naval Installations Command, NAS Fort Worth JRB is a joint defense facility which plays a pivotal role in the training and equipping of air crews and aviation ground support personnel.

The installation is located within the city limits of Fort Worth, Texas. Fort Worth is part of the Dallas Fort Worth Metroplex, the largest metropolitan area in Texas. Fort Worth is the fifth-largest city in the state of Texas and the 16th-largest in the United States. The city is also large in geographic area, covering almost 300 square miles. NAS Fort Worth JRB is seven miles north/northwest of downtown Fort Worth.