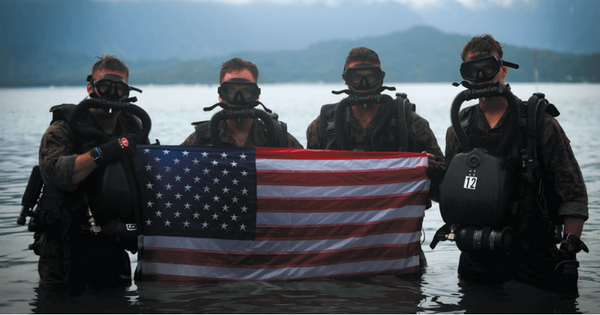 The human history of Mokapu Peninsula spans at least 1,000 years and is as diverse as the backgrounds of those who call Hawaii home. The story of Mokapu includes accounts of people, gods and the supernatural, tales of events that have proved to be of international importance and records the experiences of those who have lived within the wealth and limitations of island resources.

Archaeological evidence confirms human presence on Mokapu Peninsula since the 13th century A.D., when inhabitants would have enjoyed an area rich in natural resources, including seabirds, seaweed, shellfish and sea turtles. The archaeological record reflects only intermittent and temporary ancient use of Mokapu Peninsula.

By the 1400s, the Polynesian settlers had established permanent homes throughout the islands, including at Mokapu. They cleared native vegetation to construct homes and plant crops and built many small ko’a (fishing shrines) along the western coastline of Mokapu Peninsula, larger heiau (Hawaiian temples) on promontories and stone platforms and enclosures as foundations for pole-and-thatch houses. The early Hawaiians altered many shallow marine and marsh areas to create walled fishponds (loko i’a) where they could raise fish to be harvested.

The U.S. military history of the base dates to 1918 when, on the eastern shore of the peninsula, the area was commissioned as Kuwa’ahoe Military Reservation and later renamed Fort Hase. The U.S. Navy started development of the western side of the peninsula in 1938 as NAS Kaneohe.

During the attack on Pearl Harbor, a Kaneohe-based sailor named John Finn shot down one of the first Japanese planes and was later cited for his heroic actions. He became one of the first Medal of Honor recipients during World War II.

In 1951, the station was proposed as an ideal site for combined air-ground team, so the Marines negotiated for control of the former naval air station. On Jan. 15, 1952, Marine Corps Air Station Kaneohe Bay was commissioned. The air station played an integral part in support of the American military’s efforts throughout the Pacific region between 1965 and the early 1990s.

Today, MCB Hawaii continues to serve as a fully functional operational and training base for U.S. Marine Corps forces. The commander’s vision is for MCB Hawaii to be the installation of choice for the warfighter: to continue to meet and exceed the expectations of those who use its facilities and services.