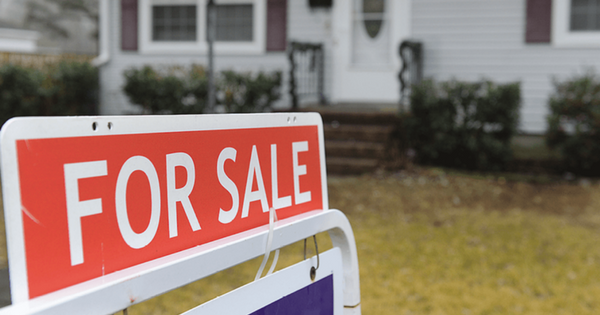 Enjoy the convenience of on-base living with Fort Eustis Family Homes. Living on-post has never been easier or more comfortable. Fort Eustis Family Homes offers spacious, contemporary, move-in ready two-, three- and four-bedroom homes in a community where you’ll be surrounded by support from other military members and their families.

While residents appreciate features such as energy-efficient appliances and central heating and cooling, what sets Fort Eustis Family Homes apart is the commitment to customer service. Professionally managed by Balfour Beatty Communities, you can count on the on-site maintenance team to resolve problems 24/7. The community also boasts an award-winning LifeWorks program, which provides residents of all ages with a wide variety of fun and educational activities and events at no cost. Most utilities are included and you won’t experience any wait at the gate either. When you live on-post, you’re not just another resident; you’re a member of the military service family.

For more information or to schedule a tour, contact Fort Eustis Family Homes at www.forteustisfamilyhomes.com or 757-369-8335.

Since 1983, the U.S. Office of Management and Budget has recognized Hampton Roads as a significant group of socially and economically integrated communities. Its mid-Atlantic location in southeastern Virginia embraces two areas: South Hampton Roads and the Peninsula — often referred to as the Tidewater area. South Hampton Roads includes the cities of Chesapeake, Norfolk, Portsmouth, Franklin, Suffolk and Virginia Beach, and the counties of Isle of Wight, Southampton and Surry. The Peninsula consists of the cities of Hampton, Newport News, Poquoson and Williamsburg, and the counties of Gloucester, James City and York.

The name “Hampton Roads,” almost 400 years old, has been in use since the region was a struggling British outpost in the 17th century. It refers to the large natural harbor where the James, Nansemond and Elizabeth rivers pour into the mouth of Chesapeake Bay. “Roads” in nautical terms means “a place less sheltered than a harbor where ships may ride at anchor.”

Hampton Roads’ population is not confined to one central city but is spread among several growing cities. The area was recently recognized as the nation’s most diverse, with a population of 1.7 million people, according to the Hampton Roads Chamber of Commerce.

The region’s communities give newcomers plenty of choices when selecting a home. Enlist the help of a reputable real estate agent to help you sort through the area’s home options. The Hampton Roads Realtors Association is a central source of local real estate information and services. Visit www.hrra.com or call 757-473-9700 to find expertise and professional services for those interested in purchasing a new home.

The city of Chesapeake’s heritage stretches to Colonial times, but the independent city itself is relatively new, coming into being in 1963 when the city of South Norfolk and the former Norfolk County consolidated and voters picked the name “Chesapeake.”

Developed enclaves alternate with protected farmland, forests and wetlands; a large portion of the Great Dismal Swamp lies within the city limits and so does the Dismal Swamp Canal, the nation’s oldest continuously used man-made canal, which George Washington helped to survey.

Chesapeake’s nearly 240,000 residents live in a quiet, family friendly town. Many of the homes have ample yards for play, and numerous military retirees opt to stay or to return.

The city of Franklin, population 8,176, is a manufacturing and farming community on Virginia’s fertile Coastal Plain. It began modestly as a railroad stop on the Blackwater River in the 1830s, but its real financial growth kicked off in 1887 with development of a sawmill, and with World War I’s demand for lumber, its future was assured. The sawmill-based operation merged in 1956 with a New York paper bag company and flourished until 1999, when the operation was purchased by International Paper. The International Paper Mill along the Blackwater River produced lumber, pulp and paper products, and chemical byproducts until it shut down in May 2010, but it has since resumed limited operations.

Franklin’s location along its lifeline river has also made it vulnerable to flooding, particularly after hurricanes. In 1999, in the wake of Hurricane Floyd, the raging Blackwater submerged downtown Franklin under 12 feet of water.

The city of Hampton is the hub of Hampton Roads. The shoreline city, “America’s First,” was the initial point of land touched by the English colonists who continued upriver to establish Jamestown, and after being settled in 1610, Hampton became the country’s first continuously English-speaking settlement. Today, Hampton is a regional shopping and entertainment destination with easy access to more than 100 attractions.

The city of Newport News — on the Virginia Peninsula, midway between Williamsburg and Virginia Beach — started as a tiny fishing settlement on the north side of the James River but has grown into one of the finest natural harbors in the world. Newport News, Norfolk and Portsmouth constitute the Port of Hampton Roads.

For the Newport News Newcomer’s Guide online, go to www.nngov.com/313/Newcomers-Guide.

The city hosts the world’s largest naval base and the busiest port on the East Coast so it’s a bustling place — population 244,703 — jam-packed with people in a hurry, and all that bustle crowds the roads. A joint study by Avis, Motorola and Sterling’s Best Places ranked the Norfolk-Newport News-Virginia Beach as the nation’s 10th-worst to navigate.

Residents praise the weather (warm and humid but with sea breezes and no winter to speak of), the beaches (especially Ocean View), the Virginia Zoo and Norfolk Botanical Garden.

The housing stock skews older, and gentrification is in full flower; those who have always yearned for a Victorian cottage should be able to find one, but those who favor sleek, modern condos can find them too. Norfolk has more than 300 well-established neighborhoods to choose from. The city’s New Residents Guide is online at https://tinyurl.com/ydz6gapj.

In the city of Poquoson, population 12,053, new homes contrast with old farm houses, and families whose roots are generations deep mingle with newcomers looking to escape big city living. This former fishing village at the tip of the Virginia Peninsula is surrounded by water on three sides and revels in over 84 miles of shoreline on Chesapeake Bay. CNBC has rated this suburb of Norfolk-Newport News-Virginia Beach as No. 5 on its list of 10 Perfect Suburbs based on affordable housing, good schools, educated residents, low crime, employment and reasonable commutes.

For more information about local education, quality of life, real estate and relocation and the business community, visit www.poquoson-va.gov.

The city of Portsmouth, population 94,572, was born as a shipbuilding town when John Wood, an early English colonist, recognized its harbor potential and asked King James I for a land grant for a shipyard in 1620. These days the Norfolk Naval Shipyard in Portsmouth builds, remodels and repairs naval vessels, and the city itself has busy port facilities and much waterfront along the Elizabeth River, part of the harbor of Hampton Roads. The U.S. Coast Guard named Portsmouth a “Coast Guard City” in 2009.

The Olde Towne section contains one of the greatest numbers of historically significant homes between Alexandria, Virginia; and Charleston, South Carolina; and since 2000, the downtown has been undergoing urban renewal. Tree-lined streets lead to the charming waterfront. See www.portsmouthva.gov/600/Newcomer for newcomer information.

The city of Suffolk, birthplace of Mr. Peanut and the largest city in Virginia by area (just over 400 square miles of land) was founded by English colonists in 1742 as a port on the Nansemond River. The city always has been a transportation gateway with highways, trains and, of course, waterways.

Early on, the colonists’ major cash crop was tobacco, but they later turned to mixed farming. In 1912, Planters’ Peanuts set up shop, and peanut growing became a major industry, aided in national marketing by introduction of the company’s mascot, Mr. Peanut. For many years, the call letters of local WLPM, Suffolk’s AM radio station, stood for World’s Largest Peanut Market.

More recently the city’s economy has diversified into high-tech, thanks to the location there of various major military commands. In 2017, Suffolk had 90,237 residents.

View the city’s information for residents online at www.suffolkva.us/31/Residents.

The resort city of Virginia Beach, population 450,435 in 2017, had more residents than any other city in Virginia, and was the 43rd largest in the U.S. Its major industry is tourism, and hundreds of motels, hotels, restaurants and high-rises line the miles of oceanfront beach (the Guinness Book of Records calls it the longest pleasure beach in the world).

The sleepy little vacation community of Virginia Beach didn’t really take off until the late 19th century when the railroad, electricity and the Princess Anne Hotel all began service. The resort incorporated as a town in 1906.

The city is blessed by its location north of the pummeling from southern storms and south of blustery northern weather systems, giving it a languorous, subtropical climate that marks the northern limit for Spanish moss. Mild winters are rarely marked by snowfall, and any that does fall is light.

The city of Williamsburg, population 15,031 in 2017 and onetime capital of Colonial Virginia, stretches along a high, wooded spine occupied by the original Middle Plantation between the James and the York rivers on the Virginia Peninsula, and these days is a mecca for history buffs, retirees and ardent golfers.

Its elevation worked against it in the early days when transportation was arduous and mostly along waterways, and the railroads came late. In general, history rushed by without touching the city harshly, but now its restored historic area, Colonial Williamsburg, is one anchor of Colonial Virginia’s Historic Triangle, along with Jamestown and Yorktown, and draws more than 4 million tourists every year.

Williamsburg is a college town as well, site of the prestigious William & Mary College, founded in 1693, and the Williamsburg Regional Library is known as one of the best in the country. In 1698, Williamsburg became the capital of Colonial Virginia, a position it held until 1780 when then-Gov. Thomas Jefferson moved state government to Richmond because he believed Williamsburg was more vulnerable to British attack.

The first hospital for psychiatric patients in the nation was built here in the 1770s — the Public Hospital for Persons of Insane and Disordered Minds — and continues today as Eastern State Hospital.