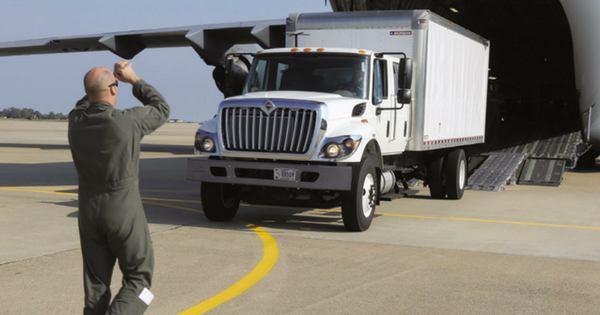 Langley Air Force Base was the first U.S. military base built specifically for air power. It’s the oldest continually active Air Force base in the world, boasting a rich history within the U.S. Air Force and the surrounding Hampton Roads area.

Indeed, Langley (originally set up in 1916 as the Army’s Aviation Experimental Station and Proving Grounds) represents significant chapters in the evolution of flight. Such air power greats as Eddie Rickenbacker, Raoul Lufbery, Douglas Campbell and Frank Luke Jr., known as the “Arizona Balloon Buster,” made aviation history as part of the country’s first and second-oldest fighter units on the base. Langley personnel have often lead the way in global action flying lighter-than-air aircraft, as well as Spads, Jennys, F-86 Sabre Jets, F-4 Phantom IIs, the F-15 Eagle and the F-22A Raptor.

In 1917, the new proving ground was designated Langley Field in honor of air pioneer Samuel Pierpont Langley, who in 1903 launched his heavier-than-air craft from a houseboat catapult. By late 1918, several buildings and such aircraft as the JN-4 Curtis Jenny — used by Langley’s School of Aerial Photography — the de Havilland DH-4 bomber and hydrogen-filled dirigibles dotted the field.

In the early 1920s, Brig. Gen. Billy Mitchell led bombing runs from Langley over captured German warships anchored off the coast of Virginia. These first successful tests set the precedent for the strategic bombing missions to come.

Throughout the 1930s, the base served as the Army’s justification to strengthen its offensive and defensive air arm. The Army Air Corps transformed the small grassy field into a major airfield, and many of the brick buildings of today sprang up.

In May 1946, the newly formed Tactical Air Command moved into Langley. The command’s mission was to organize, train, equip and maintain combat-ready forces for rapid air deployment.

The jets that accompanied TAC signaled a new era for the base, and in January 1948, Langley Field became Langley Air Force Base. The next major thrust occurred in June 1992, when the Air Force inactivated TAC and the newly formed Air Combat Command became the base’s primary and all-inclusive provider of such air combat forces as intercontinental ballistic missiles and fighter, bomber, reconnaissance and battle-management aircraft.

These days Langley AFB sprawls across 3,152 acres in Hampton, Virginia — about 62 miles south of Richmond, the state capital, and 40 miles north of Virginia Beach, the state’s largest city — and employs more than thousands of military and civilian personnel.

Known in colonial times as Mulberry Island and the home of John Rolfe, husband of Native American princess Pocahontas, Fort Eustis originated 90 years ago as a camp and later as a post. In March 1918, with World War I looming, the Army bought Mulberry Island and the surrounding acreage for $538,000. Camp Abraham Eustis replaced Fort Monroe as a coast artillery installation and a balloon observation school. It was named for Brevet Brig. Gen. Abraham Eustis, the first commanding officer of Fort Monroe.

The camp transitioned to a fort and a permanent military installation in 1923, with artillery and infantry units. Eight years later, the fort served as a federal prison, primarily for bootleggers until the repeal of Prohibition.

In 1940, Fort Eustis reopened as the Coast Artillery Replacement Training Center, and six years later the newly formed Transportation School relocated from New Orleans. The move consolidated all training in rail, marine amphibious operations and other modes of transportation. This expertise opened the door for the 200-year-old Transportation Corps in 1942. As far back as the Revolutionary War, when Gen. George Washington appointed the first wagon master, transporters have moved and sustained the nation’s fighting forces through the War of 1812, the Civil War, the Spanish-American War, World War I and beyond.

But the Japanese attack on Pearl Harbor commenced the largest mobilization in the nation’s history, and President Franklin D. Roosevelt quickly established the Transportation Corps. By the end of the war, this outfit had moved more than 30 million soldiers within the continental United States and 7 million soldiers plus 126 million tons of supplies overseas.

After the unit helped sustain Berlin during the Russian occupation in 1948, President Harry Truman in 1950 made the Transportation Corps a permanent branch of the Army. During the Korean War, the corps supplied U.N. forces through three brutal winters and moved more than 3 million soldiers and 7 million tons of cargo. Using watercraft, amphibians, motor trucks and aircraft in a hostile, undeveloped tropical environment, the outfit next supported American and allied forces throughout the Vietnam War.

In 1986, the U.S. Army Regimental System inducted the Transportation Corps, heralding a new era in innovative military transport and support. Since then the corps has ensured that every soldier has the resources to face and defeat the enemy in Iraq, Somalia, Rwanda, Haiti and Bosnia.