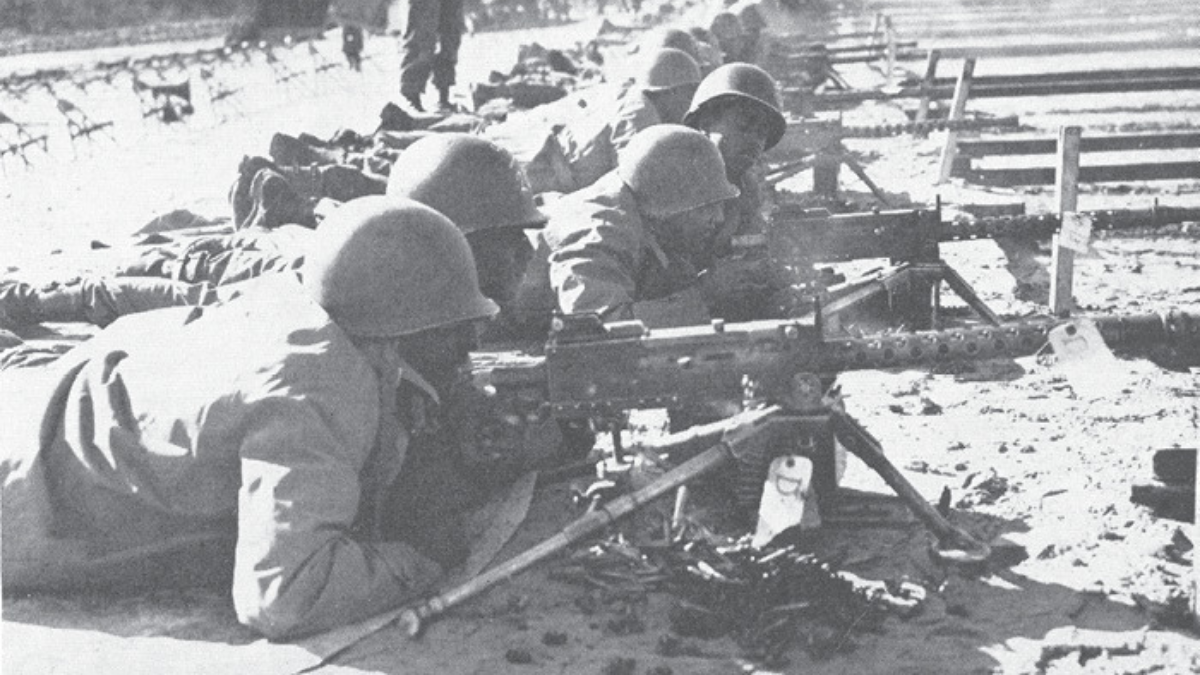 With the outbreak of World War II in Europe, the American Army prepared with the creation of the Armored Force and headquartered it at Fort Knox in the summer of 1940. It was responsible for establishing armored formations, doctrine and training in the use of armored vehicles. Selective Service was implemented and thousands of citizen soldiers were ordered to Fort Knox and introduced to the tank. The post was required to undergo a massive building boom and acquisition of land to support these troops.

In October 1940, the Armored Force School and Armored Force Replacement Center were established, training Soldiers in specific areas such as armor tactics, tank gunnery, communications and maintenance. The United States was thrown into World War II on Dec. 7, 1941, and the Armored Force experienced their first battle casualty the following day. Pfc. Robert Brooks, 192nd Tank Battalion, would be honored with having the main parade ground named for him.

In April 1942, Fort Knox served as the location of an important testing location for the Navy. At that time, an all-wood mock-up of the landing ship tank well deck was duplicated to allow naval architects to track airflow and test ventilation systems capable of removing poisonous gases created by running tanks and vehicles enclosed in the well deck.

A solution was found and the go-ahead was given for contractors to complete construction on actual landing ship tanks. In all, more than 1,050 such vessels were built during the war. Today, the building, at 1538 Eisenhower Ave., is used by the Gen. George Patton Museum for various purposes. It is one of the few World War II wooden structures remaining on Fort Knox and is eligible for listing on the National Register of Historic Places.

During World War II, armor made great advancements through the development of new tanks, organization and training. Equipment and Soldiers benefited from findings made by the Armored Board and Armored Medical Research Laboratory. In 1943, the Armored Force was redesignated the Armored Command and within a year was changed to the Armored Center.

In 1943, another renaming occurred; the Armored Force Replacement Training Center officially became the Armored Replacement Training Center. Here Soldiers received a 17-week course, which included instruction in various arms, big tank guns, tank driving and maintenance, chemical warfare and many other subjects. They were introduced to hills “Misery,” “Agony” and “Heartbreak” before graduating and then sent to divisions, additional schooling or straight into the various theaters of war.

In May 1944, the 477th Bombardment Group, a black Army Air Force unit, was briefly stationed at Godman Army Airfield. They came from Selfridge Airfield near Detroit, where black officers were barred from using the officer’s club. The Army moved them to Kentucky in an attempt to avoid further racial conflicts. While at Godman they were allowed to use the officer’s club at the airfield but not on Fort Knox. The following March they were moved to Freeman Field in Indiana. Other World War II units included the 387th and 391st bombardment groups.