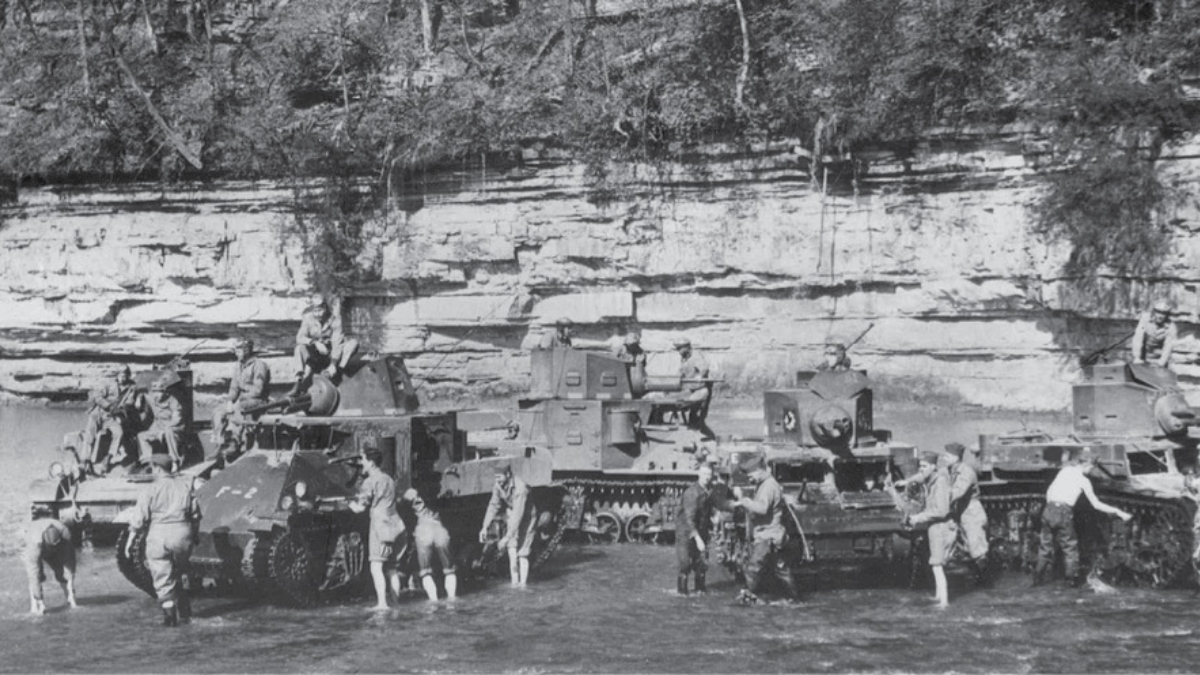 In the following year, the War Department created the mechanized force. Upon the recommendation of Lt. Col. Adna R. Chaffee Jr. and Col. Daniel Van Voorhis, Camp Knox was chosen to be the new headquarters for the Mechanized Cavalry in 1931. The size and terrain of Camp Knox made this a suitable area for such training.

On Jan. 1, 1932, Camp Knox was made a permanent installation once again and from then on has been known as Fort Knox.

To support the newly Mechanized Cavalry, Fort Knox was required to construct housing and support facilities. Designed by the Quartermaster Corps, most of these buildings comprise today’s Fort Knox Historic District.

As Fort Knox was constructed, Mechanized Cavalry established the early doctrine of armored warfare. Maneuvers were held that supported the importance of armored vehicles in modern combat. Other duties were also presented, and in 1937, they were called upon to guard gold moving into the Treasury Department’s new depository and assisted during the great flood that ravaged the area.

During the 1930s, Fort Knox was an induction center for the Civilian Conservation Corps enrollees. Trainloads of young men were sent to Fort Knox from West Virginia, Indiana, Ohio and Kentucky. They spent about two weeks at Fort Knox, where they received their shots and clothing and were trained. After this induction period was completed, the men were put on trains and sent to camps at various locations around the country.

A number of camps remained at Fort Knox. These camps were assigned such tasks as improving forests, constructing fire breaks, building roads, working in the stone quarry, soil conservation, pest control, cooking, cleaning and working in the motor pool as mechanics.

As Fort Knox grew as an installation, additional infrastructure was required to accommodate all the new personnel and equipment. Both the Civilian Conservation Corps and the Works Progress Administration, another work relief program, assisted Fort Knox in this development.