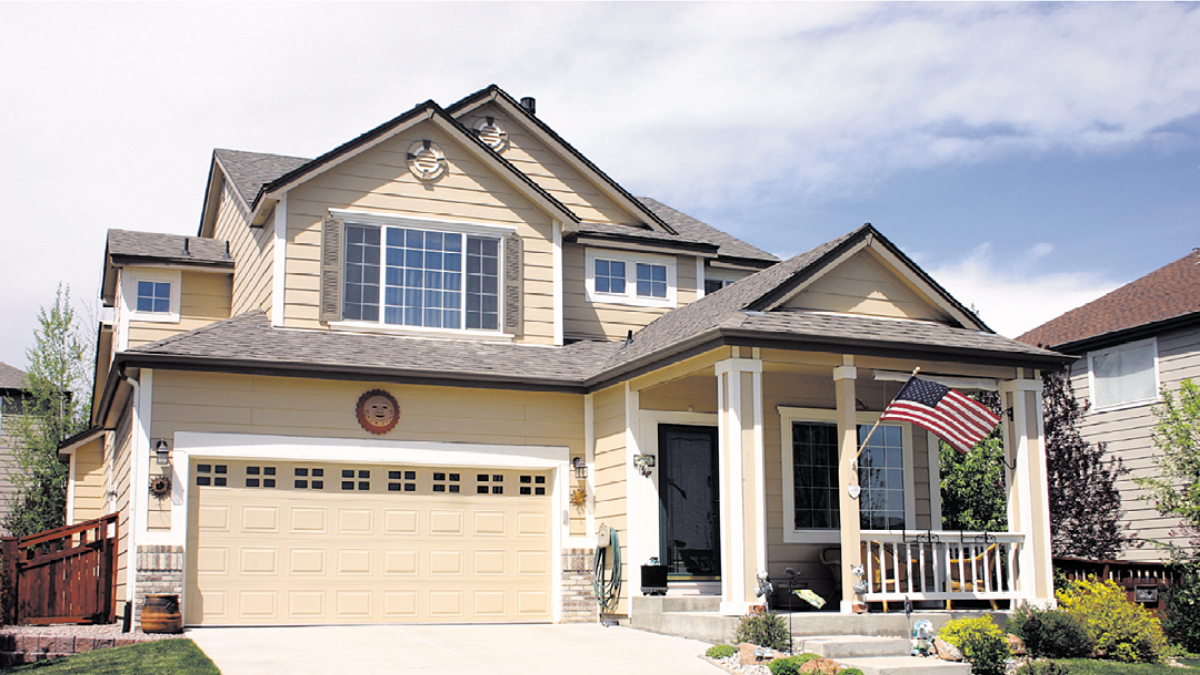 Living at Fort Gordon Family Homes affords a wealth of benefits that are hard to match beyond the gates. The moment you tour the community, you’ll discover the built-in family atmosphere where you’ll be surrounded by support from military members and families alike. Many of the people hired to serve you are themselves former military members who have a unique understanding of your housing and lifestyle needs. All you need to do is choose from spacious, contemporary, move-in ready two, three and four bedroom homes, which offer features such as central heating and air conditioning, and energy efficient appliances. Don’t worry; the community is pet friendly and welcomes your family pets!

The exclusive amenities and commitment to customer service set Fort Gordon Family Homes apart, and you can count on on-site maintenance and management teams to resolve emergencies 24/7. And in times of natural disaster, the entire team will work together non-stop to return your lives and homes back to normal as soon as possible.

You’re invited to take part in the award-winning LifeWorks resident program, which provides residents of all ages with a wide variety of fun and educational activities and events at no cost. Most utilities are included and you won’t experience any wait at the gate either. Because you’re living close to work, you’ll have more time at home, too, whether to relax or spend more time with family.

Your new home is waiting! Call the management office at 706-772-7041 or visit www.FortGordonFamilyHomes.com to find your perfect place!

A cost of living nearly 15 percent below the national average makes August-Richmond and Columbia counties an appealing place to live. In 2017, an estimated 197,166 people called Augusta-Richmond County home, while 151,579 resided in Columbia County, the U.S. Census Bureau says. Population density in Augusta-Richmond County was 618 people per square mile and 403 in Columbia County in 2015, the Census found.

The counties’ communities give newcomers plenty of choices when selecting a home. Enlist the help of a reputable real estate agent to help you sort through the area’s home options. The Georgia Association of Realtors is a central source of local real estate information and services. Visit https://www.garealtor.com to find expertise and professional services for those interested in purchasing a new home.

Augusta-Richmond County, a county that hugs the Georgia-South Carolina state lines, is over 302 square miles on the east side of Georgia. Augusta is about halfway up the Savannah River on the fall line, which creates a number of small falls on the river. The city marks the end of a navigable waterway for the river and the entry to the Georgia Piedmont area.

Augusta-Richmond County is linked to Atlanta to the west and Columbia, South Carolina, to the east by Interstate 20. Interstate 520 (Bobby Jones Expressway) runs from I-20 Exit 196 through Augusta’s western and southern suburban areas, eventually crossing the Savannah River to South Carolina where it becomes the Palmetto Parkway.

For more information, check out the Augusta Metro Chamber of Commerce website at www.augustametrochamber.com.

Communities in Augusta-Richmond County near Fort Gordon include Augusta and Hephzibah.

Augusta is the city in the Augusta-Richmond city-county consolidation. It sits 150 miles east of Atlanta between Fort Gordon on the west and Columbia, South Carolina, on the east. The city’s 302.47 square miles are home to more than 197,000 residents. Augusta is the principal city of the Augusta-Richmond County Metropolitan Statistical Area, which as of 2014 had an estimated population of 583,632 making it the second-most-populous metro area in the state after Atlanta.

The city emerged after the turn of the 19th century as a winter escape for northerners. Resorts and country clubs, including the heralded Augusta National Country Club, opened at that time. During most of the year, Augusta is a tranquil, mid-sized Southern city with varied small industry and commercial activity. In April, the Masters Tournament brings worldwide attention and crowds. People with nicer homes rent them to visiting dignitaries and executives.

Aside from golf, the city offers history and architectural interest and even a minor-league baseball team. Cost of living is low for the state and reasonable for this type of town. Downtown is plain with a few historic buildings, but a recent revitalization effort brought some riverfront arts and entertainment amenities and a monthly festival. The area is overall quiet, and additional entertainment and cultural amenities and air service are available in Columbia and Atlanta.

Augusta is along the Savannah River between the Piedmont Plateau and the Coastal Plain. The city is in a narrow river plain with wooded rolling hills up to 200 feet on all sides. Lowland is swampy especially to the southeast. Summers are hot and humid with thundershowers; strong storms can occur especially in spring. Because the Appalachian Mountains shield the city from extreme cold and storms from the northwest, winters are mild with rare measurable snow.

Homes in the area range from well-established neighborhoods to brand-new housing developments. Median rent is $814, and selected monthly owner costs of housing units with a mortgage are $1,071. Mean travel time to work for those living in Augusta is 20 minutes.

Hephzibah was originally named Brothersville, in honor of three brothers who settled near one another. In October 1860, a Baptist seminary was established in Brothersville by a group of Appling residents. They established the Hephzibah Baptist Church in 1862. The prominence of these new religious institutions in the area swayed the state of Georgia to rename the town Hephzibah in 1870.

This residential community is 19.41 square miles with a population of nearly 4,000. Mean travel time to work for those who reside in

Columbia County is included in the Augusta-Richmond County, GA-SC Metropolitan Statistical Area, and is currently one of the fastest-growing counties in the United States. As a result of healthy building activity, the county’s housing stock is comparatively new. Over half of all housing in the county has been built since 1990.

For more information, go to www.columbiacountyga.gov/home, or call 311 inside the county.

Communities in Columbia County include Evans, Grovetown and Martinez.

Evans is a census-designated place (CDP) in eastern Columbia County, bordered to the northeast by the Savannah River, which forms the South Carolina state line. To the southeast is the CDP of Martinez. It is a suburb of Augusta and part of the Augusta metropolitan area. The population was 29,011 at the 2010 census, up from 17,727 a decade prior. The median household income in Evans is significantly higher than that of the county itself, with residents there earning $90,259 compared with $68,516. With higher pay comes a higher cost of living. Median rent in Evans is $1,529, and selected monthly owner costs of housing units with a mortgage are $1,708. Mean travel time to work 27 minutes.

Since the 1990s, there have been discussions by county officials to incorporate the county into a city. In 2005, talks of incorporating Columbia County into a city resurfaced when the Georgia state legislature abolished a 3-mile buffer zone between cities. However, it was referred to as consolidation, since counties in Georgia alone cannot incorporate but can rather consolidate with an existing municipality within the county. The initiative drew strong opposition from officials in Harlem and Grovetown, the county’s only municipalities, citing that it would keep their cities from growing. The idea of incorporation is back in hibernation for now.

Grovetown is 15 miles east of Augusta on U.S. Highway 278 and borders Fort Gordon on the east. Grovetown has four welcome signs in its 4.82 square miles. They each say something different: “Come Grow With Us,” “Home of Teri Gibbs,” “A Friendly Little City” and “A Community that Cares.”

From the building of the Georgia Railroad, which passes through town, until at least the 1860s, the community was known as Belair. The city was chartered by the Georgia Legislature and officially incorporated in 1881. The name purportedly came from the old Grove Baptist Church that was founded in 1808.

With the construction of Camp Gordon (now Fort Gordon) in 1942, Grovetown experienced rapid growth; it was no longer a small agricultural town. Many military families looked to Grovetown for housing. Gradually more retired military saw the benefits of living in the small town and population began to grow and stabilize. The population reached about 14,100 in 2017, compared with 3,596 in 1990, with nearly 1,900 veterans residing there.

Median rent is $1,119, and selected monthly owner costs of housing units with a mortgage are $1,226. Mean travel time to work for those living in Grovetown is 22 minutes.

Martinez is bordered to the southeast by the city of Augusta. To the north and northwest is Evans. Interstate 20 forms the short southern boundary of Martinez. The city is 14.51 square miles with a population of nearly 36,000.

Martinez is home to the start of the Augusta Canal. Built in 1845, the headgates harnessed the power of the Savannah River, providing water and transportation to the city. The dam also powered many factories that sprung up along the canal.

The city’s founder was Jose Martinez y Saldivar, a wealthy man from Cuba. He bought a plantation in Columbia County and named it El Cordero Ranch (The Lamb Ranch). In the early 1890s, when Charleston and Western Railroad came through part of Columbia County en route to Spartanburg, South Carolina, a depot was established on the Martinez plantation. But it wasn’t called Martinez.

Delores, the youngest Martinez’s four daughters, was nicknamed Lula. And her father named the train stop Lulaville. Decades later, the post office refused to accept the name because there was another Lulaville in south Georgia.

So, the name was changed to Martinez. Although named for a Latino, this town is pronounced Martin-EZ rather in than in the traditional Spanish way.

In 2013, Martinez was named the eighth-best city to raise a family in Georgia by NerdWallet.com. Selected monthly owner costs of housing units with a mortgage are $1,269, and median rent is $1,004. Renters make up about 25 percent of those living in Martinez. Mean travel time to work is 22 minutes.

A little further afield from Fort Gordon, McDuffie County is bordered to the northeast by Clarks Hill Lake, with Wilkes and Lincoln counties to the north. Warren and Jefferson counties fit snuggly on the western and southern boundaries, and Columbia and Richmond link the county to Augusta on its eastern edge. McDuffie is home to about 21,000 residents within its 266 square miles. The city of Thomson is the county seat, but the entire county is generally considered part of the Augusta-Richmond metropolitan statistical area.

Just a quick 30 miles west of Fort Gordon, Thomson is home to an estimated 6,678 people living on 4 square miles. Three main arteries — Interstate 20, State Route 223 and U.S. Highway 78 — connect the city to Fort Gordon and the larger Augusta-Richmond metro center to the east.

The county seat of McDuffie, Thomson is the quintessential Southern town, with a mild year-round climate perfect for outdoor activities and special events such as festivals, as well as attracting history buffs and antique hunters. Local restaurants and shops offer hospitality to residents and visitors alike.

The town, originally called Slashes, was founded in 1837 as a stop on the Georgia Railroad. Renamed for railroad official John Edgar Thomson in 1853, Thomson was incorporated as a city in 1870.

Thomson is home to one of the oldest documented houses in Georgia with its original design still intact. Built by Thomas Ansley in 1785, Old Rock House is said to be the home of ancestors of former President Jimmy Carter.

Today, selected monthly owner costs of housing units with a mortgage are $960, and median rent is $615. Mean travel time to work is 17 minutes.