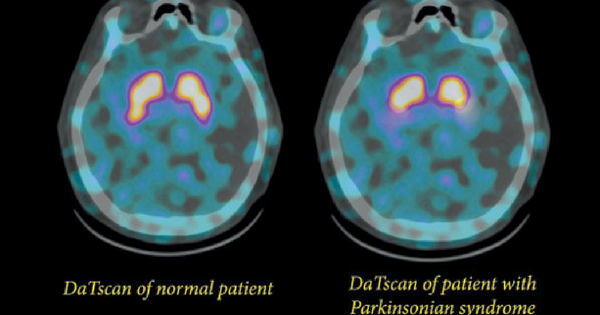 Tripler Army Medical Center prides itself on being at the forefront of medicine and it recently accomplished a task that no other hospital in the state has been able to accomplish.

A positive scan implies a parkinsonian condition, of which Parkinson’s disease is the most likely one.

In this context, the scan is particularly useful when symptoms are clinically ambiguous and differentiation from other tremor (shaking) conditions such as essential tremor (ET) proves to be clinically difficult.

This type of scan uses an injection of Iodine-123 Ioflupane, a special type of neuro-imaging radiopharmaceutical drug that allows the scan to see the amount of working dopamine transporters in the brain.

The fewer active dopamine transporters, the more likely the patient has a Parkinsonian condition, including Parkinson’s disease.

The challenge with this drug is that it has a very short shelf life.

From the time it is produced at a lab in Schenectady, New York, the drug will only be good until 1 p.m. Hawaii time. This has previously prevented any hospital in the state from being able to conduct the scan.

However, when Dr. Amitabh Gupta was hired last November to establish and direct a movement disorders program for TAMC neurology, the need for DaTscan technology became very pertinent.

With this new requirement, Lt. Col. Yang En Kao thought that with the proper coordination and planning, TAMC could manage to pull off this seemingly impossible task.

Nearly six months ago, Kao contacted the producer of the drug and began coordinating for proper training on the shipping, handling and administration of the drug.

“It took many months of coordination and training between multiple departments of the hospital before we were even able to give the go ahead to ship the materials,” said Kao. “Representatives from the drug producer came out to assist in the preparation and training of the pharmacy personnel for receiving and control and the technicians on the proper use of the materials in the scan itself.”

After much planning and coordination, Kao decided it was time to test their plan and on April 14th Kao performed the first successful DaTscan in the state of Hawaii.

Prior to this new availability, doctors would have to do their best to carefully evaluate the patient and treat the symptoms based on their knowledge of the diseases.

“Without DaTscan, we would have to rely on clinical monitoring and see if more symptoms, compatible with the diagnosis, eventually would develop,” said Gupta. “A DaTscan is particularly helpful in challenging cases, so in these cases, without DaTscans, only time would tell and we would be limited as to what to suggest to a patient in terms of long-term career and health planning.”

Since the inception of the movement disorders program a few months ago, seven patients from TAMC were deemed appropriate to greatly benefit from the DaTscan, as they presented with symptoms that could be indicating very early Parkinson’s disease. This number will persistently grow each year as more patients are recruited to the Movement Disorders Program at TAMC.

“For those patients who will be receiving this new imaging at TAMC, it has been a profoundly positive impact,” said Gupta. “As the DaTscan is a diagnostic tool for early detection, it is particularly helpful for timely preparation and long-term planning of career and health objectives in individuals with a challenging clinical picture. It allows us to make early decisions about a patient’s life, in terms of career and health, which allows accurate and timely preparation for the patient and family as to what is to come - either way.”

Now that Kao has proved that, through coordination and planning, a DaTscan can be successfully completed here in Hawaii; civilian hospitals in the area are now beginning to look at their own processes to see if it can be accomplished at their facilities.