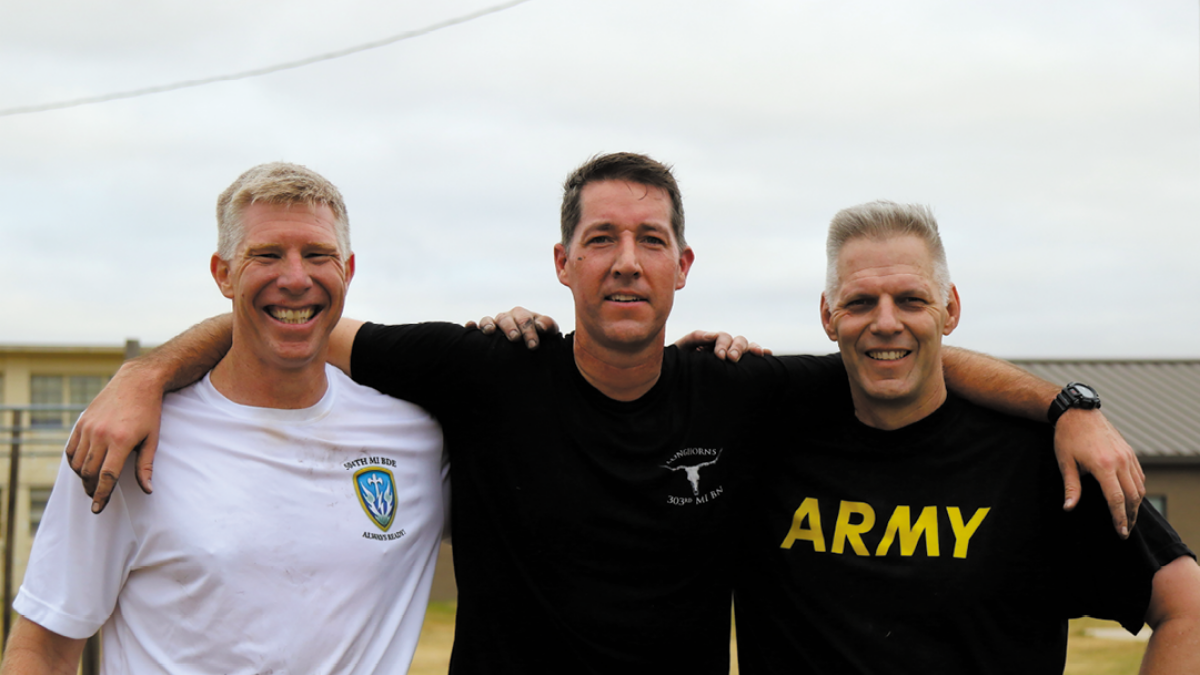 Killeen is the largest city in Bell County, with a population of 145,482 in 2017, and is home to Fort Hood. Until the 1940s, Killeen was a relatively small and isolated farm trade center. With the construction of Camp Hood (now Fort Hood) during World War II, the influx of soldiers and their families flocking to the area quickly turned the area into a military boomtown.

Central Texas offers its residents a little bit of everything: small town charm, big city amenities, natural beauty and vibrant culture. Within the area are several popular tourist spots, including beautiful lakes, acres of park land and an emerging wine industry. Hill Country has also made Texas second to Florida as the most popular retirement destination in the United States.

Central Texas encompasses 25 counties, with Bell and Coryell counties being the closest to Fort Hood. Bell County was created from Milam County just five years after Texas entered the Union. County Commissioners chose a county seat on the banks of Nolan Creek and named it Nolandsville. Two years later, Jan. 12, 1852, the town’s name became Belton and it was incorporated.

Belton’s first settlers built houses, stores, saloons, and a hotel and prospered until the Civil War when they lined up behind the South. When things went bad for the South, Belton also experienced tough times. By the 1880s, Belton had recovered from the war and began to flourish once again. It was the largest town in Bell County and had a brisk economy. Belton would have become a boom town if it had a railroad, but it only reached its doorstep as the Santa Fe Railroad crossed the county line on the eastern edge near Rogers.

During the mid to late 1860s, the Chisholm Trail cut through central Bell County along a route between the present day cities of Belton and Salado.

Between 1877 and 1915, 10 railroads considered placing tracks through Bell County, but only two companies actually came to the area. At a time when railroads made and broke rural communities, the acquisition of a railroad was important. The Missouri, Kansas and Texas Railroad, known as the Katy, went through Belton, while the Gulf, Colorado and Santa Fe Railroad, known as the Santa Fe, established a new town just north of Belton, known as Temple.

The Texas State Legislature created Coryell County in 1854, naming it after James Coryell, a frontiersman and early land holder. In the mid-1800s, most of the county’s resources were devoted to stock raising and subsistence farming. Like most areas in the South, Coryell County suffered a severe economic decline after the Civil War and throughout Reconstruction. Two railroads were completed through Coryell County in 1882: the Texas and St. Louis Railway laid a narrow-gauge track from Waco to Gatesville, and the Gulf, Colorado and Santa Fe crossed the southern tip of the county near Copperas Cove, making its way from Belton to Lampasas. The arrival of the railroads prompted the establishment of Oglesby, Lime City, and Leon Junction, and provided new economic opportunities for Mound, Gatesville, and Copperas Cove. A third railroad company, the Stephenville North and South Texas, laid track from Hamilton to Gatesville in 1911, providing the northwestern part of the county with easier access to rail service.

The United States involvement in World War II brought an end to the depression; on a local level, new war industries paved the way for a dramatic increase in the population of Bell and Coryell counties. Among the military facilities built in and near the area in the 1940s were Camp Hood, the Bluebonnet Ordnance plant and a camp for prisoners of war.

Fort Hood is now the most populous U.S. military installation in the world. The main business area is in Bell County, with the training countryside area of the post in Coryell County.

Bell County’s Office of Emergency Management develops and enhances the county’s disaster preparedness and recovery plans for all hazards. Visit the department’s website sign up for Code Red Alert and receive notifications by local participating emergency officials in the event of critical situations or important community alerts such as evacuation notices. 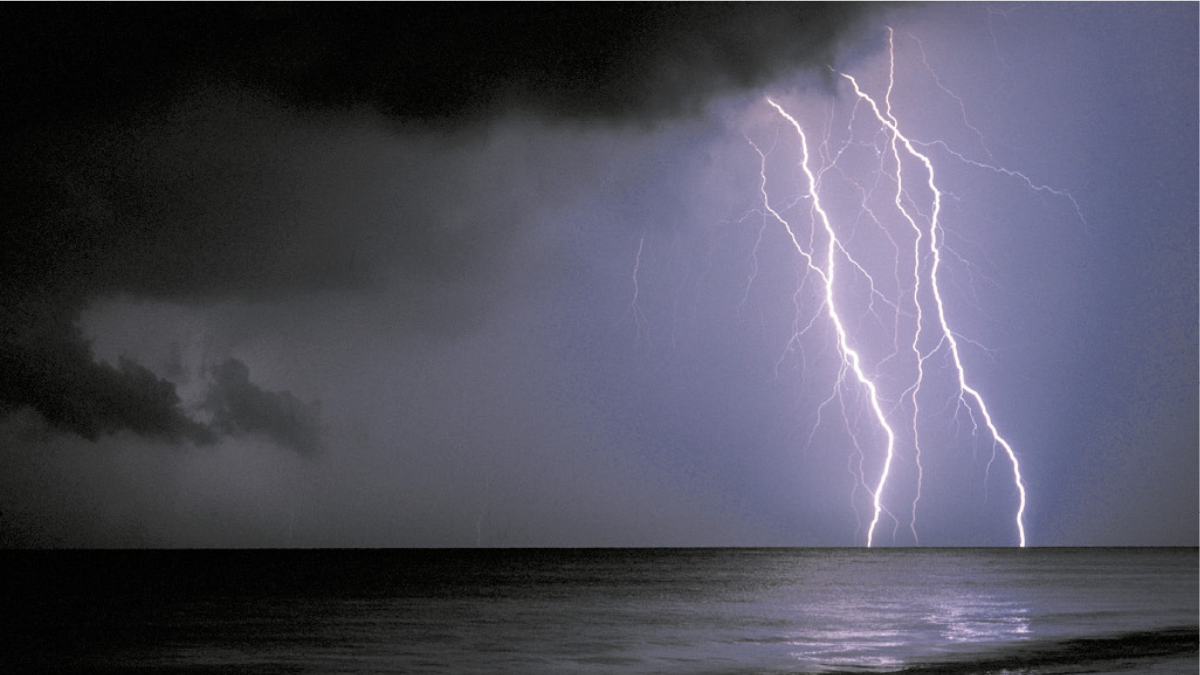 The Texas Hill Country, or central Texas, is shaped by its many rivers and hills. The area is known for its hot summers and mild winters with occasional cold spells. Humidity is high during the warm season, though afternoons especially further northwest can see a wind shift and drier air before Gulf air returns after sunset. In a single year, the region can receive up to 48 inches of precipitation, and flooding is common near rivers and in low-lying areas. The wettest months are April and May.

The Texas Division of Emergency Management provides residents, communities, public safety professionals, businesses and schools with invaluable information and resources for dealing with calamities, from floods to fires to earthquakes, hazardous waste and terrorism, to name just a few. Go to the website, www.dps.texas.gov/dem, and click on “Public Information and Education” to learn how to confront specific emergencies, create an emergency plan and emergency kit, save your pet, and make necessary adaptations for the elderly and those with special needs.

The following are considered significant hazards in Texas.

Earthquakes in Texas are becoming more common but most of the temblors aren’t very strong. Central Texas has one major fault line but it is considered one of the lowest risk zones in the country. Dallas, Houston and the panhandle are all near other Texas faults, while West Texas has the most fault zones in the state. In the last 100 years, only five of the 100 earthquakes in the state have been strong enough to damage buildings. Besides the damage from the shaking, earthquakes can trigger landslides, surface fault ruptures and liquefaction, all of which can cause injury or property damage. Contact your local city or county government for information on how to be prepared where you live. More information and ideas on how to secure the contents of your home can be found by visiting www.dps.texas.gov/dem, clicking on “Public Information and Education,” then “Earthquake Preparedness Tips.”

Some exposure to sunlight is good, even healthy, but too much can be dangerous. Broad-spectrum ultraviolet radiation, listed as a known carcinogen by the National Institute of Environmental Health Science, can cause blistering sunburns as well as long-term problems like skin cancer, cataracts and immune system suppression. Overexposure also causes wrinkling and premature aging of the skin.

Cloud cover reduces UV levels, but not completely. Depending on cloud cover thickness, you can still burn on a chilly, overcast day, so be prepared with sunglasses, sunscreen, long-sleeved garments, wide-brimmed hats and a parasol.

Heat exhaustion symptoms include heavy sweating; weakness; cold, pale and clammy skin; a fast, weak pulse; nausea or vomiting; and fainting. If you experience symptoms of heat exhaustion, you should move to a cooler location. Lie down and loosen your clothing, then apply cool, wet cloths to your body. Sip water. If you have vomited and it continues, seek medical attention. You should seek out immediate medical attention if you experience symptoms of heat stroke, such as a body temperature of more than 103 degrees; hot, red, dry or moist skin; a rapid and strong pulse; or unconsciousness. For more information, visit www.cdc.gov/disasters/extremeheat.

For more on protecting yourself from flooding in Texas, go to www.dps.texas.gov/dem, click on “Public Information and Education,” then “Flood Safety Awareness.”

For more information on tornado preparedness, visit the Texas Hurricane Center at https://gov.texas.gov/hurricane.

Wildfires are unpredictable and impossible to forecast, so preparation is especially important. Visit www.cdc.gov/disasters/wildfires for information on wildfire preparedness.

Prepare for winter storms by assembling a disaster supply kit for your home and vehicle. Have your car winterized before the winter storm season arrives. Listen to weather forecasts and plan ahead.

Winter storms can also cause power outages. During a power outage, gather in a central room with an alternative heat source. Use fireplaces, wood stoves and other heaters only if they are properly vented to the outside. Never use an electric generator or a gas or charcoal grill indoors. The fumes are deadly. If you use a space heater, keep the heater away from any object that may catch fire (drapes, furniture or bedding) and never leave it unattended. Avoid letting pipes freeze and rupture by leaving faucets slightly open so they drip continuously.

For more information on winter preparedness and winterizing your home and vehicles, visit www.cdc.gov/disasters/winter.