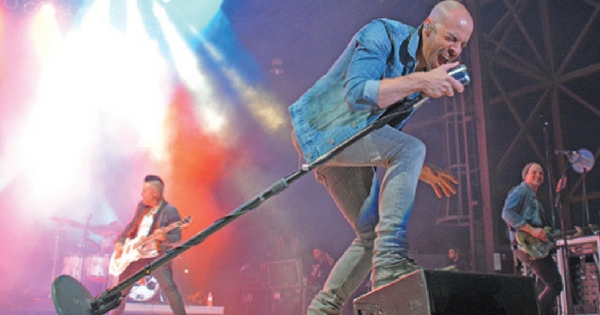 Fort Benning’s open-air Wetherby Concert Field on Custer Road is where we host a number of exciting events throughout the year, including concerts, shows, flea markets, movies and horsemanship demonstrations. For a schedule of events, stay tuned to benning.armymwr.com.

Columbus is home to the historic Springer Opera House, the “State Theater of Georgia,” where you’ll enjoy world-class plays all year long. Built in 1871, the Springer has hosted such notables as Edwin Booth, Buffalo Bill, John Phillip Sousa, Ethel Barrymore, W.C. Fields, Burt Reynolds, Garrison Keillor and so many more. Military ID card holders are frequently offered discounts on season tickets and individual shows. Do not miss the popular, hilarious production of “A Tuna Christmas!” The Springer offers a Mainstage Series, a Studio II Series, a Children’s Series and the largest theater academy in the Southeast, which includes summer camps for the kids. For more information, go to www.springeroperahouse.org.

The RiverCenter for the Performing Arts, just around the corner from the Springer, boasts three performance halls and hosts world-renowned artists and shows.

Popular activities in Columbus include the free Uptown Concert Series, a family-friendly event that returns each spring to the lawn on Broadway, and the Market on Broadway from 9 a.m. until noon every Saturday from April to November in the 1000 and 1100 blocks of Broadway. You will find more than 100 local vendors selling anything and everything. The market features many local and organic farmers selling produce, along with soap vendors, home goods, jewelry vendors and baked goods.