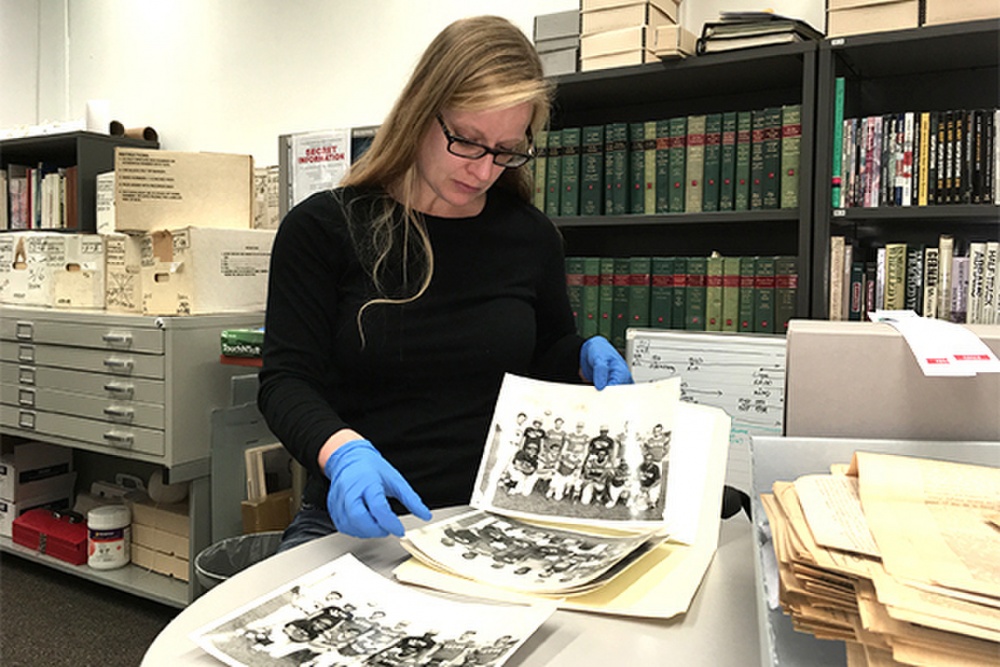 Rachel Johnstone, TACOM Life Cycle Management Command historian, looks through a collection of photographs from the 1960s and 1970s that were recently returned to the history office after being discovered in a Michigan homeowner’s basement. (Photo by Cathy Segal, November 2016)

The Detroit Arsenal Tank Plant, built in 1940, was the first manufacturing plant to mass produce tanks in the United States. The tank plant closed in 1996. The U.S. Army Garrison Detroit Arsenal was established in 1971 as an adjunct to the 28th Artillery Group, designated the U.S. Army Support Detachment, on Selfridge Air National Guard Base. Under the operational control of the then newly activated Detachment 1, the primary mission of the support detachment was to manage and maintain base housing and provide morale support activities. The garrison continued to provide services at Selfridge ANGB until the 2005 Base Realignment and Closure law mandated its move to the Detroit Arsenal.