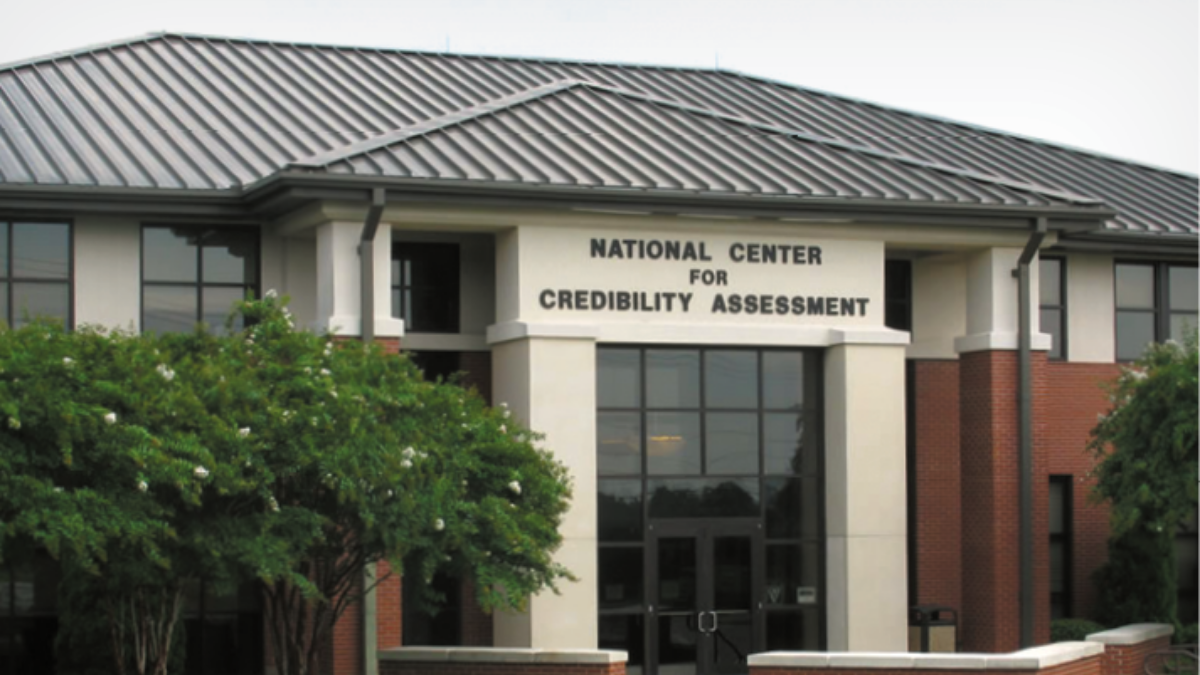 The National Center for Credibility Assessment is the federal center for credibility assessment education, oversight, research and development. NCCA supports 28 DOD and federal agencies in addition to war-fighter elements by:

THE ORIGIN AND EVOLUTION OF NCCA

The original U.S. Army Polygraph School was established in 1951 as part of the Provost Marshal General School at Fort Gordon, Georgia, and graduated its first class that same year. In September 1962, the Provost Marshal School was redesignated the U.S. Army Military Police School, known as USAMPS, and the Army Polygraph School remained under the auspices of USAMPS. In 1975, USAMPS and its polygraph school transferred to Fort McClellan, Alabama.

In 1985, Congress passed a bill directing and authorizing the secretary of defense to institute a program of counterintelligence polygraph examinations for military, civilian and contractor personnel whose duties involved access to classified and highly sensitive compartmented information.

In August 1985, the deputy secretary of defense signed a memorandum designating the secretary of the Army as executive agent for polygraph training within the DOD; and in November 1986, USAMPS Polygraph School was realigned and designated as the DOD Polygraph Institute, known as DODPI. Shortly thereafter, DODPI transitioned from a vocational and technical polygraph training school to an educational institution.

In September 1991, the secretary of the Army executive agency responsibility was eliminated and changed the authority, direction and control of DODPI to the assistant secretary of defense for Command, Control, Communications and Intelligence.

In June 1993, the Joint Security Commission was formed to address security concerns within the federal government, specifically within the intelligence and defense communities. One of the recommendations was to consolidate the CIA Polygraph School with DODPI to form a polygraph institute that would conduct all polygraph education and training of government polygraph examiners. Another recommendation was that DODPI be the executive agent for a robust, interagency-coordinated and centrally funded research program concentrating on developing valid and reliable security and applicant screening tests; investigating countermeasures; and conducting developmental research on polygraph techniques, instrumentation and analytical methods.

In May 1999, operational responsibilities for DODPI were placed under the Defense Security Service. As part of the Base Realignment and Closure, in June 1999, DODPI moved to its present location at Fort Jackson.

In January 2003, DODPI was accredited by the Accrediting Council for Independent Colleges and Schools to award a certificate of graduate study in the psychophysiological detection of deception. Several universities now accept the program’s coursework for graduate credit.

On Jan. 25, 2007, the deputy secretary of defense signed a directive renaming DODPI the Defense Academy for Credibility Assessment, or DACA, a name representing the full spectrum of credibility assessment missions.

On Aug. 3, 2008, DACA transitioned under the operational control of the Defense Intelligence Agency.

On Sept. 20, 2012, the director of National Intelligence, James Clapper, endorsed the NCCA as “the office of primary responsibility across the executive branch for polygraph examiner education and training, continuing education certification, quality assurance programming and credibility assessment research.”