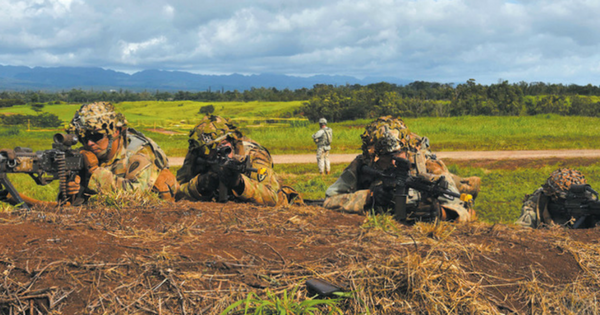 Centrally located on Oahu, on the eastern slope of the Waianae Mountain Range, Schofield Barracks is named in honor of Lt. Gen. John M. Schofield, who, in 1872, recognized the strategic importance of Oahu to the defense of the United States. Construction began on the barracks in 1909.

Wheeler Army Airfield was established in 1922. The initial air units stationed at the airfield were photo reconnaissance and fighter squadrons. By 1940, the primary units stationed at Wheeler were fighter squadrons, making it a prime target for the Japanese when they attacked Pearl Harbor in 1941. Wheeler came under the control of the Air Force in 1947 and was returned to the Army in 1991. Wheeler Army Airfield comprises about 1,389 acres of land adjacent to Schofield Barracks, just 20 miles from the state capital of Honolulu. Today, Wheeler Army Airfield is home to the headquarters of U.S. Army Garrison-Hawaii.