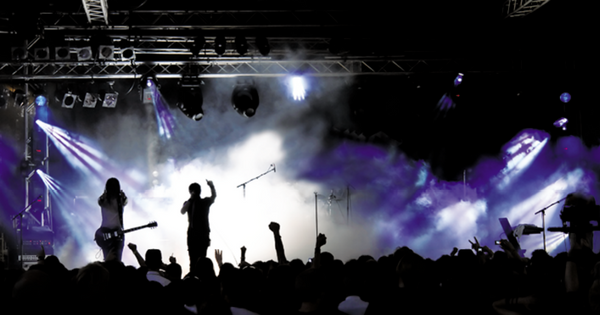 Orange County residents enjoy a wealth of artistic endeavors, from theaters to music to dance and more.

One of America’s largest theaters (second only to New York’s Radio City Music Hall), Eisenhower Hall Theatre is the Hudson Valley’s premier performing arts center. Everything from great plays and musicals, dance performances, comedians and concerts all take the stage.

The Playhouse at Museum Village

The Creative Theatre-Muddy Water Players, in residence at The Playhouse at Museum Village, typically presents three major productions during their show season. They also offer workshops, festivals and other theatrical events throughout the year. What makes this theater unique is the complimentary dessert served at every intermission.

Learn about New York’s history and cultural contributions by visiting any one of the many local museums.

With six exhibits, including the newest outdoor garden, purposeful play is the primary focus at the Mid-Hudson Children’s Museum. The exhibits get kids moving, building, pretending, collaborating, creating and discovering. Perfect for families with young children.

A motorcycle enthusiast’s dream. The Motorcyclepedia Museum has over 450 bikes, along with photographs, posters, memorabilia, machinery and much more. Something to see for everyone: Explore history, culture and the changing technology of motorcycles.

Museum Village is an open-air historical museum that gives visitors the opportunity to step back in time. With a collection of eclectic artifacts and hands-on exhibits, visitors get to see how rural people lived and worked in the 19th century. One major highlight is Harry, one of three complete specimens of the mastodon in the world, unearthed just miles from Museum Village in Harriman, New York, in 1952.

This landmark hotel with a stone facade is framed by battlements and towers on the grounds of the U.S. Military Academy and overlooks the Hudson River. It officially opened in 1926 and has many ties to history, including housing the Iranian hostages immediately upon their return to the United States. A menu signed by the prisoners is on display in the lobby. The 151-room “Historic Hotel of America” is less than a mile walk from the West Point Museum.

Trailside is home to four museums which include exhibits on local geology, Native American and colonial history, animal specimens, and live reptiles, amphibians and fish. Nature trails lead museum visitors to other live animal exhibits and offer stunning views of the Hudson River and Highlands.

The West Point Museum is adjacent to the Visitors Center and is the oldest and largest diversified public military museum in the country. The museum has multiple galleries dedicated to the history of warfare, West Point history and a history of the U.S. Army in war and peace. It houses one of the largest small arms collections on display.