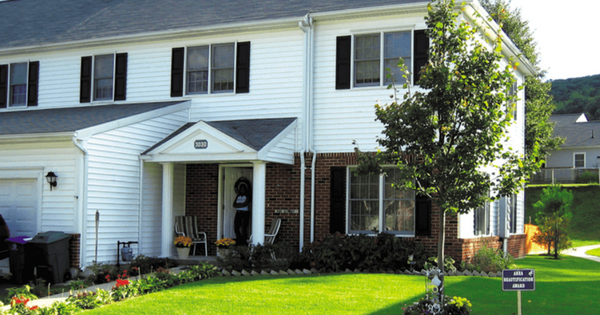 West Point Family Homes is a privatized housing community managed and maintained by Balfour Beatty Communities. Information about on-post housing services is available at the Community Office (126 Washington Road), by calling 845-446-6407 or online at www.WestPointFamilyHomes.com.

Proximity to New York City, and dedicated public transportation to take you there, plus higher wages make Orange County an ideal place to live. In 2017, an estimated 382,226 people called Orange County home, the U.S. Census Bureau says. Population density in Orange County was 459.3 people per square mile in 2010, the census found.

Orange County, part of the New York-Newark-Jersey City, NY-NJ-PA Metropolitan Statistical Area, is close to 812 square miles in the Hudson Valley of New York. The county’s establishment dates back to Nov. 1, 1683, when the Province of New York was divided into 12 counties. Each was named after a member of the British royal family; Orange County took its name from the Prince of Orange, who later became King William III of England. In 1798, after the American Revolutionary War, the boundaries of Orange County changed. Its southern corner was used to create the new Rockland County, and in exchange, an area to the north of Moodna Creek was added, which had previously been in Ulster County. Due to a boundary dispute between New York and New Jersey, the boundaries of many of the southern towns of the county were not definitively established until the 19th century.

Some of the county’s major attractions include the historic West Point Cemetery, Washington’s Headquarters, the home and birthplace of Velveeta and Liederkranz Cheese, the Orange County Fair, the haunted history tour and the largest outdoor sculpture park in the U.S. Orange County offers an array of recreation options from amusement parks and bicycling to walking trails and a zoo. There are also farmers markets, antiquing and discounted high-end shopping, such as Woodbury Common Premium Outlets, the largest collection of designer outlets in the U.S. Orange County was the first wine-producing area in the U.S. and features the oldest winery in the country, Brotherhood Winery, as well as many other wineries, breweries, distilleries and cideries. For more information on areas of local interest, visit www.orangecountygov.com.

The United States Military Academy, West Point, in Orange County, requires all cadets to reside on campus for their entire four years in one of the barracks buildings. Active-duty personnel, family members and the civilian workforce have the option of living off base in the surrounding communities or in on-post housing. Additionally, more than 21,000 veterans live in the area.

There are historic homes dating back to the 1700s; various smaller museums and historical markers can be found throughout the city. One of the country’s first planned communities, Tuxedo Park, opened in June 1886. The enclave was designed by resident architect Bruce Price whose daughter Emily (Price) Post described it as the “the most formal place in the world,” thus the name “tuxedo” for the formal men’s dinner jacket. The county’s historic communities give newcomers plenty of choices when selecting a home. New developments also exist in the county, and prices vary from the reasonable to the exorbitant.

Enlist the help of a reputable real estate agent to help you sort through the area’s home options. The New York State Association of Realtors is a central source of local real estate information and assistance. Those interested in purchasing a new home can find the expertise and professional services they need at www.nysar.com.

Cornwall is situated a short 15 minutes from The United States Military Academy, West Point. The town’s 26.65 square miles are home to 12,508 residents.

New Cornwall was founded March 7, 1788. Known as the precinct of Cornwall since 1764, it was composed of the present towns of Cornwall, Highlands, Blooming Grove, Monroe, and parts of Chester and Hamptonburgh. In 1797, New Cornwall was shortened to Cornwall and, by 1872, shrunk to its present size.

The 1950s saw Cornwall as a commuter’s dream community. Many housing developments sprang up to accommodate the newest residents who decided to settle in Orange County. Route 9W was completed, connecting the New York State Thruway to New York City by car.

Homes in the area range from well-established neighborhoods to brand-new housing developments. Median rent is $1,349, and selected monthly owner costs of housing units with a mortgage are $2,792. Mean travel time to work for those living in Cornwall is 34.2 minutes.

Middletown was incorporated as a city in 1888. Middletown grew through the 19th century, stimulated by the construction of the Erie Railroad and the New York, Ontario and Western Railway. The city was industrialized, developing factories for some industries, such as shoes, lawnmower blades and furniture. These did well through the World War II era.

Due to industrial restructuring, most of these businesses had closed by the 1960s. In the 1970s the economy of Middletown and surrounding communities suffered additional blows due to the closing of a large Ford Motor Company plant in Mahwah, New Jersey, and the downsizing of IBM operations in the area.

Responding to higher housing costs in New York City, from the 1970s, New York City police officers, firefighters and other workers began to move to the area, as local housing offered better value. These long-distance commuters helped to bolster the economy of the area. After 1986, however, New York City required its municipal employees to reside in the city, and Middletown lost this source of residential development.

Since then, the city has bounced back, and the population has held steady for the past decade, with an estimated 27,891 residents, according to the census. Prosperous neighborhoods include Presidential Heights. Highland Avenue is lined with large Victorian houses, some of the largest of which are now used as nursing homes. The median monthly gross rent is $1,101, and median selected monthly costs for homeowners with a mortgage are $1,933, the U.S. Census says. Workers’ average commute time is
31 minutes.

The region was originally inhabited by the Munsee people, part of the Lenape confederation. The first European settlers were colonists from Scotland who arrived in 1685. The town of New Windsor was created in 1762. The town celebrated its 250th anniversary with a year-long celebration in 2013 that featured a parade, concert and a series of lectures on historical issues that were held throughout the year.

The town is an ideal place to live with a low level of poverty, well below the national average, an unemployment rate below 4 percent and a higher median household income than average. This residential community is 34.07 square miles with a population of 27,770, according to the census. Mean travel time to work is about 36 minutes. Median rent in the city is $1,211, and selected monthly owner costs of housing units with a mortgage are $2,321.

New Windsor is home to the National Purple Heart Hall of Honor and part of Stewart International Airport.

Newburgh is a part of the New York metropolitan area and was first settled in the early 18th century. During the American Revolution, Newburgh was the headquarters of the Continental Army. Before its chartering in 1865, the city of Newburgh was part of the town of Newburgh; the town now borders the city to the north and west. East of the city is the Hudson River; the city of Beacon, New York, is across the river; and it is connected to Newburgh via the Newburgh–Beacon Bridge. The entire southern boundary of the city is the town of New Windsor.

The city was designated a Preserve America community in 2005, and it also signed an agreement with the State Historic Preservation Office as a Certified Local Government community. Its East End Historic District, recognized by the National Register of Historic Places along with the Montgomery-Grand-Liberty Streets Historic District, has the most contributing properties of any historic district in the state. The median age of real estate in the city is 74 years, and many buildings and homes are much older. It has well-designed planned neighborhoods like Washington Heights and Colonial Terraces. Along with a few colonial specimens, the buildings of Newburgh provide a virtual encyclopedia of 19th-century eclectic styles: Federal, Greek Revival, Italianate, Carpenter Gothic, Queen Anne, High Victorian, Second Empire, Romanesque Revival, Gothic Revival and Shingle style are all represented. Median rent in the city is $1,094, and selected monthly owner costs of housing units with a mortgage are $1,939.

New York City is about 60 miles away via an easy Metro-North commute, but there is so much to do in Newburgh that you won’t need to leave. The waterfront revival project is ongoing with shops, restaurants and entertainment to choose from. It has a great scenic park in Downing and a great recreational park in Delano Hitch. Chadwick Lake and Park has a playground, boating and a skating rink in the winter. Also, the city has a growing arts community to feed the imagination, including the Newburgh Symphony, Ritz Theater, Railway Playhouse and the Newburgh Actors Studio, to name a few.

Newburgh was originally settled in 1709 by German Palatine refugees under the name of Neuburg, who were soon supplemented by a significant number of Scottish immigrants. It was chartered as a precinct in 1762 and rechartered as a town in 1788. It was sparsely populated until after World War II when the population skyrocketed as more and more farmland and forest were converted to housing developments. Many of the new residents of the town in the 1940s and 1950s were World War II veterans who were able to purchase their own homes under the provisions of the G.I. Bill. The booming economy after World War II also allowed many families to purchase automobiles, which made residency in the suburbs away from central city cores practical for the first time.

There is excellent housing in the form of single-family houses, condominiums and apartments. Median gross rent is $1,279, and median selected monthly owner costs with a mortgage are $2,208. The median household income for residents is more than $83,000.

Mean travel time for residents is approximately 31 minutes. The town has a low crime rate with a community-oriented police department, and volunteers provide the foundation for the local fire departments.