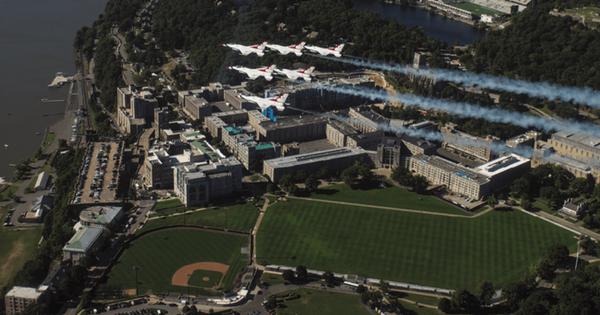 Orange County, population 382,226 in July 2017, is home to the town of Goshen, the county seat, and the United States Military Academy, West Point.

The county is rich in historical and cultural attractions — many dating to the 1700s — as well as modern amenities. In addition to sweeping landscapes, open skies and peaceful natural settings, there are archeological sites, museums and parks. Outdoor activities abound, among them fishing, golfing, horseback riding and camping.

There are also shopping, dining and nightlife opportunities to explore: Annual events and festivals celebrate everything from apples to Oktoberfest.

Orange County was officially established Nov. 1, 1683, when the Province of New York was divided into 12 counties. As originally defined, Orange County included only the southern part of its present-day territory, plus all of present-day Rockland County farther south. The northern part of the present-day county, beyond Moodna Creek, was then a part of neighboring Ulster County.

At that date, the only European inhabitants of the area were a handful of Dutch colonists in present-day Rockland County, and the area of modern Orange County was entirely occupied by the native Munsee people. Due to its relatively small population, the original Orange County was not fully independent and was administered by New York County.

The first European settlers in the area of the present-day county arrived in 1685. They were a party of around 25 families from Scotland, led by David Toshach, the Laird of Monzievaird, and his brother-in-law Maj. Patrick McGregor, a former officer of the French Army. They settled in the Hudson Highlands at the place where the Moodna Creek enters the Hudson River, now known as New Windsor. In 1709, a group of German Palatine refugees settled at Newburgh. They were Protestants from a part of Germany along the Rhine that had suffered during the religious wars. Queen Anne’s government arranged for passage from England of nearly 3,000 Palatines in 10 ships. Many were settled along the Hudson River in work camps on property belonging to Robert Livingston. A group of Dutch and English settlers arrived at Goshen in 1712.

In 1798, after the American Revolutionary War, the boundaries of Orange County changed. Its southern corner was used to create the new Rockland County, and in exchange, an area to the north of the Moodna Creek was added, which had previously been in Ulster County. This caused a reorganization of the local administration, as the original county seat had been fixed at Orangetown in 1703, but this was now in Rockland County. Duties were subsequently shared between Goshen, which had been the center of government for the northern part of Orange County, and Newburgh, which played a similar role in the area transferred from Ulster County. The county court was established in 1801. It was not until 1970 that Goshen was named as the sole county seat.

The New York Office of Emergency Management provides residents, communities, public safety professionals, businesses and schools with invaluable information and resources for dealing with calamities, from floods to fires, hurricanes, hazardous waste and terrorism, to name just a few. Visit https://prepare.ny.gov/be-prepared to learn how to put together an emergency kit and prepare a household emergency plan.

The following are considered significant hazards in New York.

Some exposure to sunlight is good, even healthy, but too much can be dangerous. Broad-spectrum ultraviolet radiation, listed as a known carcinogen by the National Institute of Environmental Health Sciences, can cause blistering sunburns as well as long-term problems like skin cancer, cataracts and immune system suppression. Overexposure also causes wrinkling and premature aging of the skin.

Cloud cover reduces UV levels but not completely. Depending on cloud cover thickness, you can still burn on a chilly, overcast day, so be prepared with sunglasses, sunscreen, long-sleeved garments, wide-brimmed hats and a parasol.

Heat exhaustion symptoms include heavy sweating; weakness; cold, pale and clammy skin; a fast, weak pulse; nausea or vomiting; and fainting. If you experience symptoms of heat exhaustion, you should move to a cooler location. Lie down and loosen your clothing, then apply cool, wet cloths to your body. Sip water. If you have vomited and it continues, seek medical attention. You should seek out immediate medical attention if you experience symptoms of heat stroke, such as a body temperature of more than 103 degrees; hot, red, dry or moist skin; a rapid and strong pulse; or unconsciousness. For heat safety tips, visit www.dhses.ny.gov/oem/safety-info/heat.

For more on protecting yourself from flooding in New York, go to www.dhses.ny.gov/oem/safety-info/flood and find safety tips, supply kit information, recovery options and additional tools.

Wildfires are unpredictable and impossible to forecast so preparation is especially important. Visit www.dhses.ny.gov/oem/safety-info/wildfire.cfm for information on wildfire preparedness.

Prepare for winter storms by assembling a disaster supply kit for your home and vehicle. Have your car winterized before the winter storm season arrives. Listen to weather forecasts and plan ahead.

Winter storms can also cause power outages. During a power outage, gather in a central room with an alternative heat source. Use fireplaces, wood stoves and other heaters only if they are properly vented to the outside. Never use an electric generator or a gas or charcoal grill indoors. The fumes are deadly. If you use a space heater, keep the heater away from any object that may catch fire (drapes, furniture or bedding) and never leave it unattended. Avoid letting pipes freeze and rupture by leaving faucets slightly open so they drip continuously.

For more information on winter preparedness and winterizing your home and vehicles, visit www.dhses.ny.gov/oem/safety-info/winter.