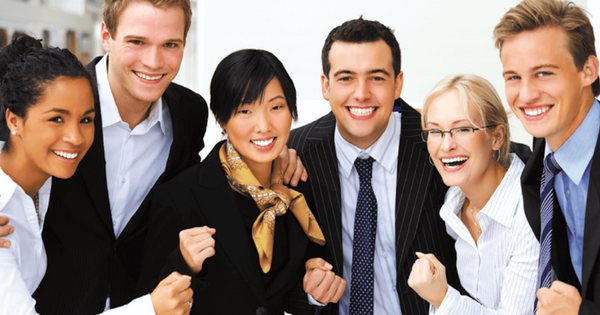 Located centrally in the Baltimore-Washington corridor, Anne Arundel and Howard counties have two of the strongest economies in Maryland. The cost of living is higher than the national average, mostly because housing is so expensive — primarily for single-family detached homes. But that is offset by low jobless rates. The unemployment rate for Anne Arundel County was 3.2 percent in December 2016 and for Howard County 2.7 percent, both well below the state’s average of 4.2 percent and the national average of 4.7.

Cyber security is a major economic driver, especially for Howard County, and Fort Meade is a leading employer. About 13,000 Howard County residents commute to Fort Meade every day, according to the Office of Veterans and Military Families in the Howard County Department of Community Resources and Services.

Howard County has a thriving economy and a rapidly growing population, which was 313,414 in 2015, the U.S. Census says. Its residents are among the wealthiest in the country, with a median household income of $110,238 in 2015. Anne Arundel’s population was 564,195, according to the 2015 Census, with a median household income of $89,860. Howard County has the highest concentration of professional, scientific and technical workers in the state.

Fort Meade amounts to a city in itself — 4,596 acres for the active facility with another 9,000 acres in reserve — and more than
1,700 buildings, including an exchange mall, bank, credit union, post office, chapels and other facilities. Fort Meade’s numbers
52,000 employees, making it Maryland’s largest employer and the third-largest Army installation workforce in the U.S.

One major service activity in Maryland is transportation, centered on the Port of Baltimore and its related rail and trucking access. The port, located roughly 15 miles from Fort Meade, ranked 17th in the U.S. by tonnage in 2008. Although the port handles a wide variety of products, the most typical imports are raw materials and bulk commodities, such as iron ore, petroleum, sugar and fertilizers, often distributed to the relatively close manufacturing centers of the inland Midwest via freight transportation. The port also receives several different brands of imported motor vehicles and is the number two auto port in the United States

The Chesapeake and Delaware Canal is a 14 mile canal on the Eastern Shore that connects the waters of the Delaware River with those of the Chesapeake Bay, and in particular with the Port of Baltimore, carrying 40 percent of the port’s ship traffic.

Freight rail transport is handled principally by two Class I railroads, as well as several smaller regional and local carriers. CSX Transportation has more extensive trackage throughout the state, with 560 miles, followed by Norfolk Southern Railway. Major rail yards are in Baltimore and Cumberland, with an intermodal terminal (rail, truck and marine) in Baltimore.

Maryland has a large food-production sector. A large component of this is commercial fishing, centered in the Chesapeake Bay, but also including activity off the short Atlantic seacoast. The largest catches by species are the blue crab, oysters, striped bass and menhaden. The bay also has overwintering waterfowl in its wildlife refuges that support a tourism sector of sportsmen.

Maryland has large areas of fertile agricultural land in its coastal and Piedmont zones, though this land use is being encroached upon by urbanization. Agriculture is oriented to dairy farming in addition to specialty perishable horticulture crops like cucumbers, watermelons, sweet corn, tomatoes, muskmelons, squash and peas. The southern counties of the western shoreline of Chesapeake Bay are warm enough to support a tobacco cash crop zone, which has existed since early Colonial times but declined greatly after a state government buyout in the 1990s. There is also a large automated chicken-farming sector in the state’s southeastern area. Maryland’s food-processing plants are the most significant type of manufacturing by value in the state.

Anne Arundel County’s economy is supported by a diverse set of economic drivers such as BWI Marshall Airport, the defense industry, large private sector employers, and telecommunications, retail and distribution operations. Its rapidly expanding defense industry is fueled by the presence of multiple federal agencies located at nearby Fort Meade.

In Howard County, more than 300 farms are part of an agriculture industry that is finding success in landscape, horticulture, agritourism and equine enterprises. Government contractors are moving in to take advantage of close proximity to National Security Agency operations and U.S. Cyber Command at Fort Meade. Cutting-edge research is accomplished every day at the Johns Hopkins University Applied Physics Lab in Laurel, and entrepreneurs are thriving among one of the most educated workforces in the nation.

There are endless opportunities for sports and recreation throughout Howard County, including golf, swimming, fishing, ice skating, soccer, biking, bird watching and more. The Columbia Association maintains 95 miles of walking, jogging and biking pathways, and more than 3,500 acres of open space as well as a wider range of amenities for individuals who live and work in the community. Howard County offers many acres of parkland with amenities for outdoor recreation of all types.

Fort Meade generates $22.3 billion in economic activity — 43 percent of the total output of 15 military installations throughout Maryland, according to a study released in May 2015 by the Maryland Department of Business and Economic Development.

Fort Meade supported more than 190,000 direct, indirect and induced jobs and provided more $13 billion in wages annually, according to the study. These figure are expected to grow as Fort Meade builds out its East Campus and enlarges its cyber expertise center.