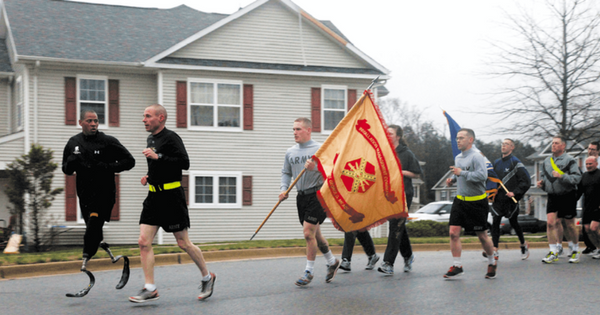 Lying in the northwest corner of Anne Arundel County, Fort George G. Meade is halfway between Baltimore and Washington, D.C., and about 20 miles from the Maryland state capital of Annapolis. Fort Meade is 5 miles east of Interstate 95 and one-half mile east of the Baltimore-Washington Parkway, between Maryland State routes 175 and 198. The post is near the communities of Odenton, Laurel, Columbia and Jessup. Howard County borders Anne Arundel County on the northwest, and the Howard County Department of Community Resources and Services’ Office of Veterans and Military Families estimates that about 13,000 county residents commute to the post every day.

In August 2016, Fort Meade had a workforce of more than 55,000 employees, making it Maryland’s largest employer and the third-largest Army installation workforce in the U.S. Of that workforce, 16,313 were military personnel, 30,229 were civilian and 8,741 were contract employees. Active-duty military here had more than 20,000 dependents, and the post estimated there were 14,675 retirees and 41,612 retiree dependents living within 40 miles of Fort Meade.

Fort Meade amounts to a city in itself — 5,067 acres and more than 1,670 buildings, including a post exchange mall, bank, credit union, post office, chapels, seven schools and many other facilities.

Fort Meade was preparing for its 100th birthday in 2017, a birthday that coincides with the 100th anniversary of World War I. The installation was named in honor of Union Gen. George G. Meade, considered the “hero of Gettysburg” for crippling Confederate forces there by repelling repeated charges under Gen. Robert E. Lee. Today, Fort Meade is the nation’s center for information, intelligence and cyber operations.

Fort Meade generates $22.3 billion in economic activity — 43 percent of the total output of 15 military installations throughout Maryland, according to a study released in May 2015 by the Maryland Department of Business and Economic Development.

Fort Meade supported more than 190,000 direct, indirect and induced jobs and provided more $13 billion in wages annually, according to the study. These figures are expected to grow as Fort Meade builds out its East Campus and enlarges its cyber expertise center.