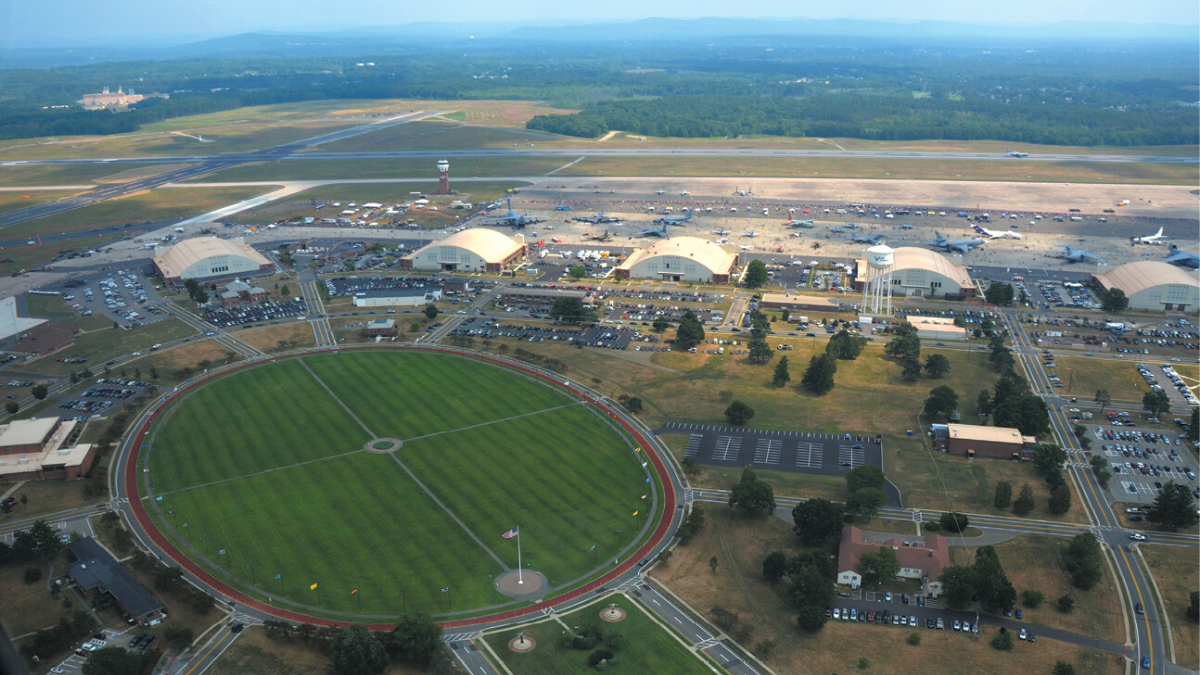 On behalf of the men and women of the 439th Airlift Wing, welcome to Westover Air Reserve Base, Massachusetts, home to the largest air reserve base in the Department of Defense and the military’s largest transport jet. Here at Westover, our mission is to provide global-reach capabilities with mission-ready Citizen Airmen.

Our Airmen answer the nation’s call by consistently delivering aircrews, cargo and passengers in support of overseas contingency operations and peacetime missions both in the United States and abroad.

Our Airmen look forward to every opportunity to showcase their role in making this the finest Reserve Wing in the Command. We take pride in our operations and hope to always have a positive impact on the mission and the community we serve.

We think you will agree that the men and women of Westover are truly “Leaders in Excellence,” and we welcome you to the 439th Airlift Wing and to the crossroads of New England.

New England has traffic islands called rotaries. The traffic in the rotary has the right of way over traffic entering it. There are rotaries off base at each of the two main exits to Westover. Seat belt use is mandatory for drivers and all passengers in vehicles both on and off the installation. Hands-free cell phone use for drivers is strictly enforced at Westover. Federal employees shall not engage in text messaging when driving a GOV or when driving a POV while on official government business. Additionally, headphones while running or walking on roadways is prohibited. The base speed limit is 30 mph unless otherwise posted. Off base, the speed limit on the interstate highway is 65 mph.

Restricted areas of the flight line are clearly marked by red lines. You must use entry control points (ECPs) while entering and exiting the flight line. Base entry points are located on the base map that is provided in the welcome package. Practice a See and Be Seen Policy. Reflective belts must be worn on the flight line during periods of decreased visibility and at night on unlit ramps. We operate on a 7 a.m. to 11 p.m. schedule with an occasionally high tempo of operations. Flight line speed limit is 15 mph.

HOW TO GET HERE

The following are directions to Westover Air Reserve Base, Chicopee, Massachusetts:

From Route 91 (North and South): TakeExit 12 to Route 391 and get off at Exit 3/Chicopee. Follow signs to Westover ARB.