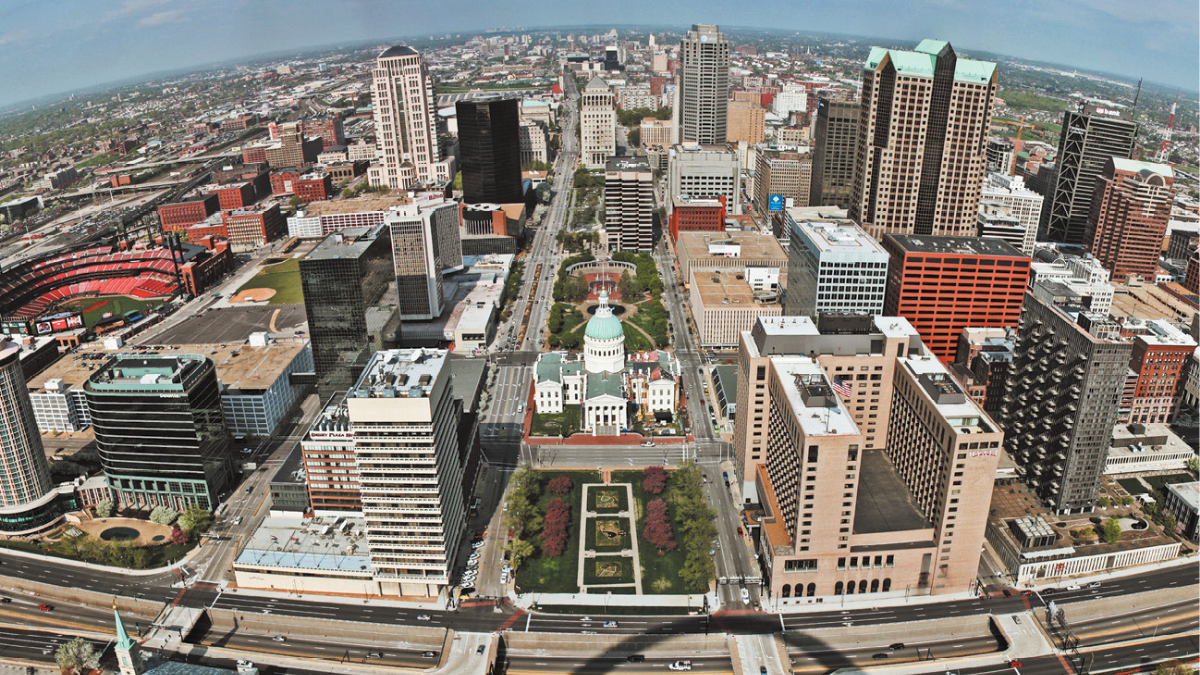 St. Louis, one of the largest cities in Missouri, is on the bank of the Mississippi River just below its junction with the Missouri River, and its downtown is less than 20 miles from Scott AFB. The metropolitan area encompasses 12 counties: seven in Missouri and five in Illinois. In 2017, the population of the city was estimated at 308,626, with nearly 1 million people in surrounding St. Louis County, according to the U.S. Census.

Because of its historic role in the nation’s westward expansion, St. Louis is known as the “Gateway to the West,” and the 630-foot stainless steel Gateway Arch, the nation’s loftiest man-made monument, commemorates this role. The 50th anniversary of the Gateway Arch riverboats, the Tom Sawyer and the Becky Thatcher, was in 2014, and in 2015, a yearlong celebration kicked off to mark the 50th year of the arch itself.