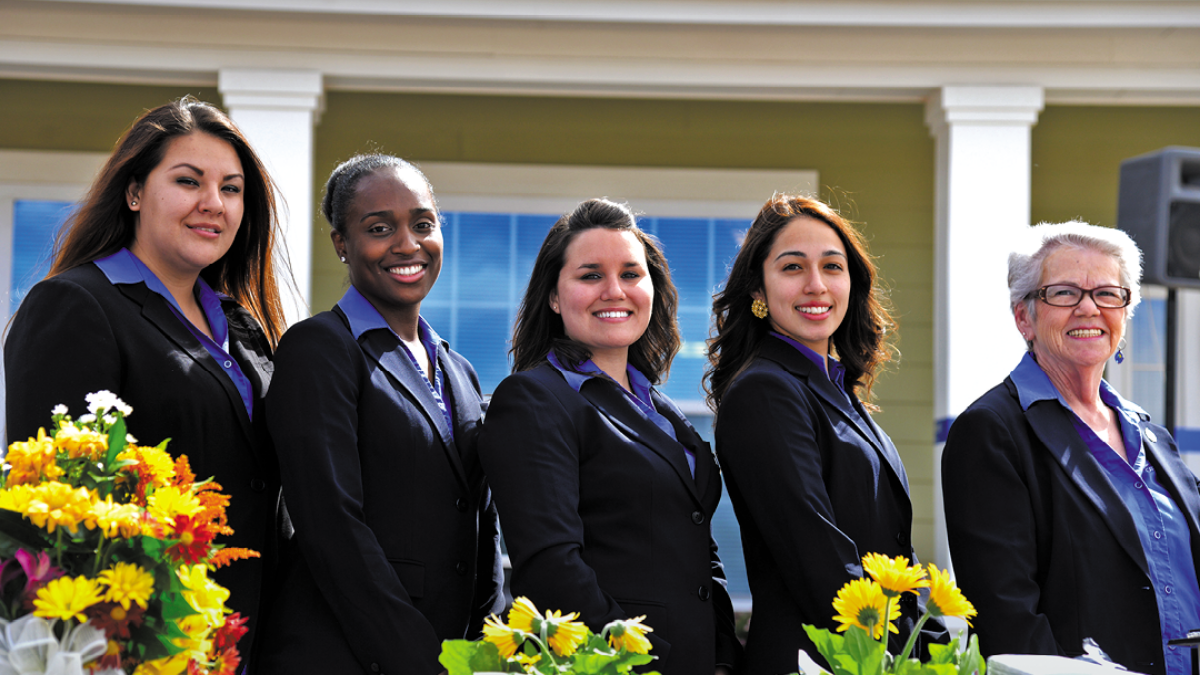 Eastern new mexico is largely rural, with cattle ranches, dairies, and cotton and peanut farms important to the economy, both historically and at present. Since the mid-20th century, two sizable institutions — Cannon Air Force Base, next to Clovis, and Eastern New Mexico University in Portales — have boosted the regional economy substantially and are major employers today.

Eastern New Mexico University in Portales was first a so-called “normal” school for teachers, then a junior college, a four-year college and, ultimately, a university. In its 80 years, ENMU has grown to become the third-largest New Mexico university, with branches in Roswell and Ruidoso; it is a federally designated Hispanic-serving institution offering major and graduate programs. It also is a principal employer and contracts for services and supplies.

Because taxes and living costs are low and the prospects for jobs mostly positive, the outlook for job hunters is encouraging. Still, though the local counties, cities and chambers of commerce push hard to attract new businesses that will generate jobs, the region is essentially rural and the cities small (Clovis about 39,000, Portales about 12,000), so possible job prospects are limited. Those with plum jobs hang onto them. It’s prudent for would-be employees to broaden their expectations to consider work they might never have done before and to cast the widest possible net for information about work options.

The median age in Curry County is just under 31 years old and just over 29 in Roosevelt County, meaning the workforce skews younger. Median household income in Curry County is $41,941 and $35,928 in Roosevelt County, according to the U.S. Census Bureau. New Mexico’s state sales tax is 5.125 percent, though local entities can tax on top of that up to a total of nearly 9 percent. In addition, the state imposes a gross receipts tax on many business transactions.

Portales had a water source that attracted local cattle ranchers, but it was the coming of the Santa Fe Railroad 100-plus years ago that established Clovis and Portales as towns and provided some diversity in jobs and contracts, plus convenient shipping of livestock and agricultural produce. That railroad, now Burlington Northern Santa Fe Railway, still operates and serves both cities.

State Highway 60 traverses the state, connecting Curry and Roosevelt counties to Texas and Arizona, and the highway parallels the BNSF Railway from Abo Pass, New Mexico, to Amarillo, Texas. The Southern Transcon is a main line of the BNSF Railway between Southern California and Chicago and is one of the most heavily trafficked rail corridors in the western United States.

Milk and peanuts matter to folks in Curry and Roosevelt counties. Milk from nearby dairy farms is processed in Curry County by Southwest Cheese, the largest American cheddar cheese and whey protein plant in the nation. Southwest Cheese is expanding its operation to broaden production of whey proteins, which are used in ice cream, processed cheese sauces, sports drinks and energy bars. Southwest Cheese also hires workers and has a rigorous internship program. That peanuts are important is evident in October’s annual Peanut Valley Festival in Portales. The Hampton Farms facility in Portales roasts Virginia and Valencia peanuts.

Clovis and Curry County have strong interest in new business, and the Clovis Industrial Development Corp. and Clovis/Curry County Chamber of Commerce created the Clovis Business Incubator (www.developclovis.com/clovis-business-incubator) to assist and support entrepreneurs in developing new ventures. Though the incubator itself is currently inactive, its parent entities suggest that continuing inquiries be forwarded to 105 E. Grand Ave., Clovis, NM 88101, or call 575-763-3435.

Likewise, Roosevelt County’s Community Development Corp. and the city of Portales offer grants for qualified businesses that are expanding or relocating to Portales.

In both counties, prospects for alternative energy — wind and solar — are substantial, with a large project by Tri-Global Energy, Tex-Mex Wind Energy Project LLC, in development to produce more than 1,150 megawatts of wind power from Curry and Roosevelt counties in New Mexico. To educate communities on the possibilities of solar power, Xcel Energy, through its New Mexico Community Solar program, has installed four photovoltaic systems on community partner sites in eastern and southeastern New Mexico: Clovis High School Freshman Academy, ENMU-Roswell, Hobbs Service Center and Leyva Middle School in Carlsbad.

Cannon Air Force Base’s importance to Clovis can hardly be overstated. In 2005, when Cannon AFB was scheduled to be shuttered in a Base Realignment and Closure action, loyal Clovis residents swiftly mobilized and worked diligently with congressional and military leaders to keep Cannon open. They were successful and have since stayed organized and alert to the economic and community importance of the base.

On Jan. 1, 2016, Cannon Air Force Base reported contributing almost $666.5 million to eastern New Mexico in the form of purchasing, creating jobs, and procuring services and commodities from local businesses.