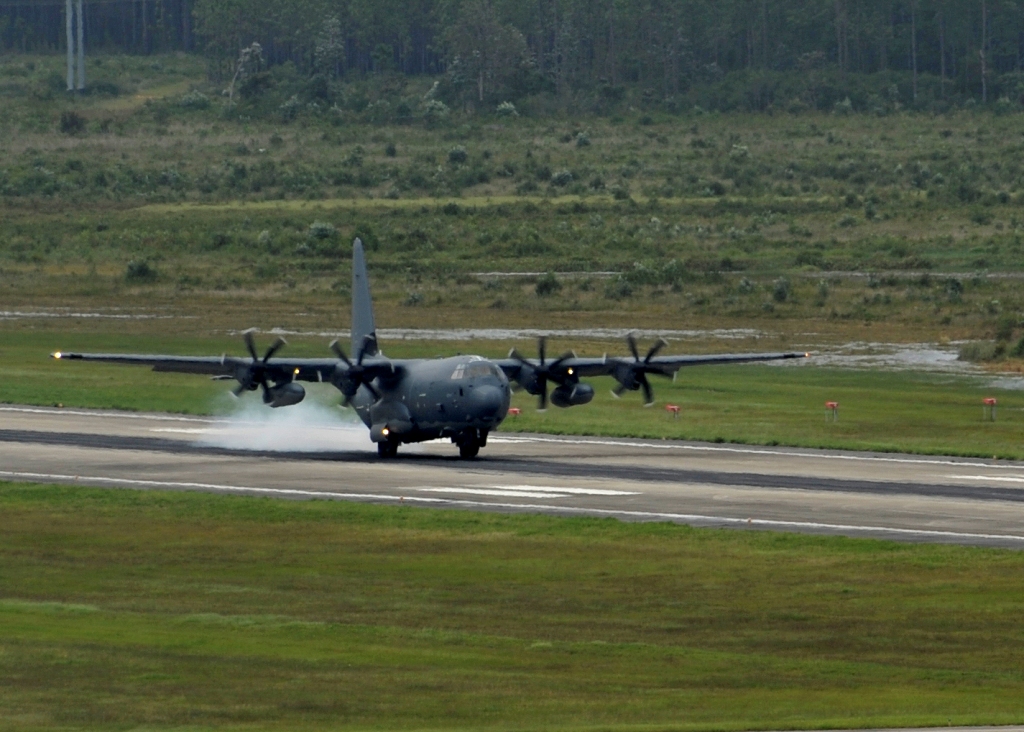 The Air Force Special Operations Training Center is a primary subordinate unit of Air Force Special Operations Command. Established as a provisional group in March 2008, awaiting initial stand-up in fall 2008, the AFSOC will consist of a single commander task organized to recruit, assess, select, indoctrinate and train AFSOC personnel. AFSOC was created to align AFSOC training functions in a training organization to allow operational units to focus on warfighting. This includes conducting the MAJCOMs Training Transformation and the Joint National Training Capability Program Execution Plan. This center transforms Airmen into Air Commandos at the individual through the Joint Task Force-level.

The AFSOTC will be the command proponent for all mission qualification training for AC-130H/U, MC-130W, U-28, Aviation Foreign Internal Defense, Nonstandard Aviation (NSA), Special Tactics and ISR exploitation mission areas. Future actions include the establishment of a unit at Cannon Air Force Base, N.M.

The 505th Command and Control Wing is a subordinate unit to the United States Air Force Warfare Center, Nellis Air Force Base, Nev. The USAFWC serves as the lead agency to pull command and control together across the Air Force. Under the mantle of the USAFWC, the 505 CCW is the focal point for integration of all aerospace campaign command and control processes, including rapid technology assessment on behalf of the warfighter. Through their facilities at Hurlburt Field and several geographically separated groups, squadrons and detachments, the 505 CCW possesses the unique ability to test, exercise, experiment and train all elements of C2: people, processes and systems.

On behalf of the USAF, the 505 CCW is proud to host the future of joint training: Joint RED FLAG. Joint RED FLAG, which is primarily staged from Nellis AFB, has expanded to include many bases throughout the U.S. including Hurlburt Field. Planners from the 505 CCW help write the exercise scenario and craft unexpected events to challenge America's warfighters. Through virtual scenarios and networked training, participants are able to participate through actual, virtual or constructive means, allowing the 505 CCW to train for tomorrow's scenarios regardless of a unit's location.

The 505 CCW is also responsible for dynamic evaluation of emerging technologies and procedures for inclusion in the Air Force's C2 architecture. The wing is comprised of a group and five squadrons located at Hurlburt Field; a group at Kirtland AFB, N.M.; a group at Nellis AFB, Nev.; and a detachment at Fort Leavenworth, Kan. The 605th Test and Evaluation Squadron has detachments in Seattle, Wash., and Melbourne, Fla. The 505th Training Squadron has a detachment at Fort McPherson, Ga., and liaisons from the Army, Navy and Marines.

Detachment 3, of the 342d Training Squadron is a geographically separated Air Education and Training Command Unit aligned under the 37th Training Wing located at Lackland AFB, Texas. The detachment instructs these battlefield Airmen to perform as Tactical Air Control Party Apprentices and Craftsmen. Upon graduation, these "forward air controllers" work directly with U.S. Army Airborne, Air Assault, Armor, Mechanized Infantry, Light Infantry, Ranger and Special Forces units, acting as the close air support liaison to the Army. Since the graduates are assigned to Army units, they train on Army standard operating procedures, complete grueling ruck march training and they must pass the Army PT test. Detachment 3 has the follow-on mission of teaching the Craftsman course where TACPs earn their 7-level in one of the few remaining inresidence 7-level courses in the Air Force. The unit's mission is to provide our Air Force and Army commanders in the field with safe, competent and confident combat mission-ready Airmen.

Also known as the Weapons Instructor Course (WIC), the 14thWeapons Squadron is a selectively manned unit which conducts the most intense graduate-level training for operators in the USAF. The unit is responsible for the development, execution and revision of the AC-130 and MC-130 WICs. Responsible to Air Combat Command, the course is designed to graduate weapons officers in four different aircraft who provide expertise in all aspects of joint combat employment.>

The 25th Intelligence Squadron has a unique and critical mission to AFSOC - to provide dedicated real time threat warning and enhanced situational awareness onboard AFSOC aircraft by exploiting enemy communications and monitoring national intelligence broadcasts. The 25th IS organically trains their SILENT SHIELD teams consisting of mission commanders, Direct Support Operators, Direct Support Analysts,maintainers and technical communicators to meet the needs of multiple, ongoing AFSOC requirements. The airborne cryptologic linguist brings a unique capability to each of the 1st Special Operations Group's platforms. Their linguistic skills provide a critical component on every mission. SILENT SHIELD has proven indispensable during Operations ALLIED FORCE, ENDURING FREEDOM, IRAQI FREEDOM and other operations across the spectrum of conflict. As a result of their outstanding combattested skills and ability to adapt to any scenario, special operations demand for this unit continues to rise.

The 823d RED HORSE Squadron, or Rapid Engineer Deployable Heavy Operational Repair Squadron Engineers, is assigned to Air Combat Command and is a partner unit on Hurlburt Field. This squadron is one of only three active duty units of its kind in the Air Force. The RED HORSE squadron is highly mobile and selfsustaining in combat and austere environments. The special skills necessary are honed through construction projects for the Air Force, Department of Defense and civilian community. RED HORSE is an Enabler unit within the AEF concept and supports numerous Joint Chiefs of Staff-assigned missions.