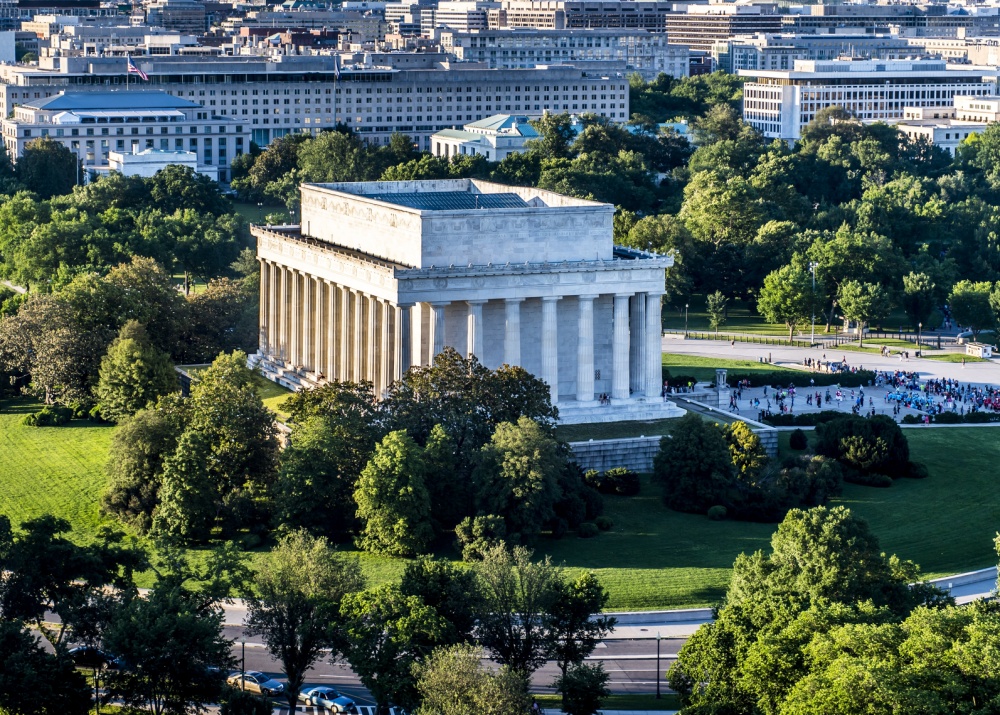 Joint Base Andrews is located in the Prince Georges County in the state of Maryland, approximately 10 miles outside the Washington, D.C. city limits and 15 miles from the state of Virginia. The base is physically located in the town of Camp Springs MD, and is bordered by four other towns (Clinton, Upper Marlboro, Town of Morningside, and Forestville). If you are unable to live in on base housing at Joint Base Andrews, urban, suburban, small town, and country housing options are all within reasonable commuting distance of Joint Base Andrews. The base operator's phone number is 301-981-1110 or DSN 312-981-1110.

During the Civil War, Union troops occupied a small country church near Camp Springs, MD. That church is still used on-base and is known as Chapel Two. Later, on August 25, 1941, Camp Springs Army Air Field was established and Andrews' flying history began. The base became operational May 2, 1943. The name of the base was changed to Andrews Field on March 31, 1945, in honor of Lt. Gen Frank M. Andrews, Commander of European Operations for all Army Air Forces. In July 1961, Andrews became the home of the official presidential aircraft, known as "Air Force One" when the president is on board. In 1963, Naval Air Facility (NAF) Anacostia, originally established on the Potomac River at Anacostia Naval Air Field near Bolling AFB in 1919, moved to the east side of Andrews AFB. At that time the name was changed from NAF Anacostia to NAF Washington. NAF handles Naval VIP flight operations and is home for a Marine Corps detachment that flies the FA-18 Hornet. With more than 10 AMC units, 60 tenant units the Naval Air Facility housed on the base, and Malcolm Grow Medical Clinic (3rd largest hospital in the Air Force), we're a busy community proud of our history. For more information on Andrews' history visit the installation's homepage. 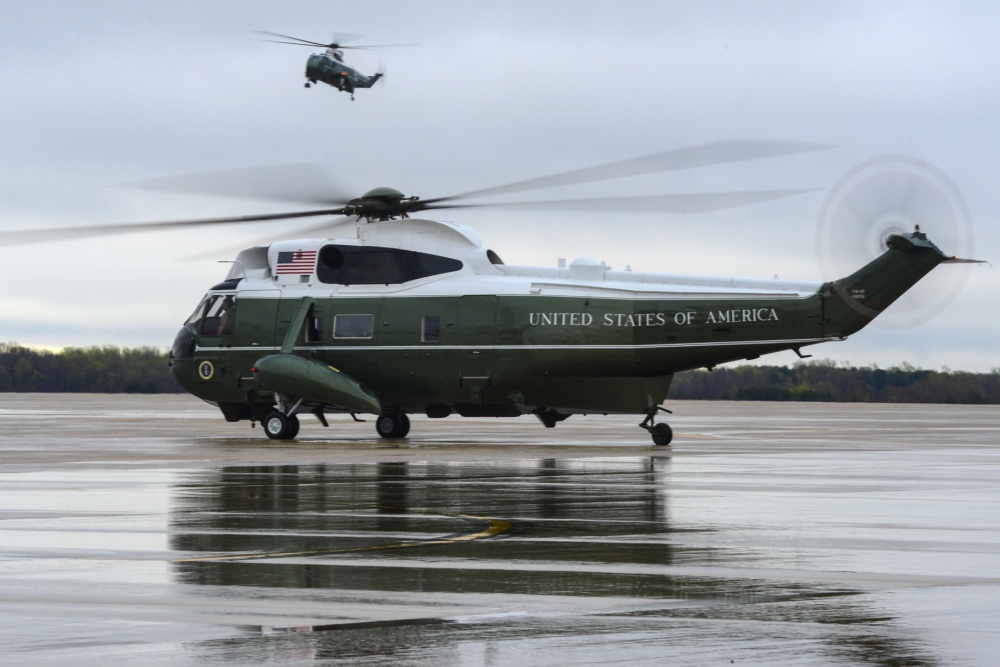 To provide safe and reliable worldwide airlift and logistical support for the President, the Vice President, Cabinet members, the Congress and other high ranking U.S. and foreign officials. It is not unusual to have 20-30 Distinguished Visitor (DV) movements per week, including an average of one head of state DV movement per day. In addition, more than 60 partner (tenant) units and special missions are also located here.

The 11th Wing is the host wing for Joint Base Andrews providing security, personnel, contracting, finance and infrastructure support for 6 Wings, 2 Headquarters and more than 50 tenant organizations, as well as 40,000 Airmen and families in the national capital region and around the world. The 11th Wing supports contingency operations in our nation's capital with immediate response rotary-assets. It also provides security for the world's highest visibility flight line and is responsible for ceremonial support with the United States Air Force Band, Honor Guard and Air Force Arlington Chaplaincy.

There is no base shuttle service. Any questions or comments about the base shuttle should be directed to Vehicle Operations at 301-981-1182.

If you have not yet requested a sponsor, you must do so through your Local Military Personal Flight (MPF). The Andrews MPS will not assign a sponsor unless requested through MPF channels. If you are reporting to Joint Base Andrews or NAF Washington and do not have a sponsor, you will miss out on valuable information and assistance. The Washington DC region is a large and diverse area and can be both confusing and intimidating to newcomers.

Your sponsor is your personal link to both the Andrews local community and your new work section. Your sponsor is responsible for ensuring that you receive timely and factual information before you get here, are properly taken care of upon arrival end. If you have been assigned a sponsor who is not responding to your needs or who is not performing to your expectations, contact the Community Readiness Consultant (CRC)/Relocation Assistance Program (RAP) Manager at your current base, or the Andrews CRC/RAP Manager (301-981-7087 or DSN 312-858-7087) for assistance.

If you arrive at Andrews after normal duty hours, the Presidential Inn (lodging) office acts as the 24-hour Welcome Center. You can contact the Presidential Inn at DSN 312-858-4614 or 301-981-4614. Your sponsor should work with you to coordinate reserving lodging accommodations or setting up a room in the unaccompanied quarters for you.

Only members living in the dorms will be assigned a Post Office Box at the PSC. Those living off-base or in on-base housing units will use the General Delivery Address for Joint Base Andrews: Your name c/o General Delivery Box 5000, 1668 D Street, JB Andrews MD 20762-5000.

Those members not residing in dormitories will have general delivery service available until a permanent quarters address is established. Mail service may be continued for a reasonable period, not to exceed 90 days after residence is established. Postal employees state that mail should not be directed to the new address earlier than 30 days of arrival from overseas, and 15 days for a stateside-to-stateside move. Civilians may also establish a PSC box. Send a copy of your orders to your sponsor. They will need to go to the post office. The Postal Service Center telephone number is 301-981-2560/DSN 312-858-2560.

Base lodging is available through the Presidential Inn. You should coordinate with your sponsor to ensure that reservations are made as early as possible to ensure that you have a place to stay upon your arrival. Due to the unique mission here at JB Andrews, the possibility exists that you may end up having to stay off base in one of the fine area hotels until accommodations become available. You can make advance reservations via the Internet, or by calling the Presidential Inn (DSN 312-858-4614 or 301-981-4614).

To encourage sponsorship, the RAP manager does not mail Welcome Packages to individuals directly. Your sponsor will provide you with information about the base and area. Please read the Sponsorship section above for more information on requesting a Sponsor. Another great resource is MilitaryOneSource which offers information about preparing for your move and tips for after you arrive. The Joint Base Andrews Military & Family Support Center (Airmen & Family Readiness Center) also offers many services to assist you such as on-base services, schools and spouse employment information.

There are literally hundreds of assignments and worksites in the Washington DC capital region (at JB Andrews/NAF Washington alone we have over 60 tenant units).

However, because individuals living off-base reside in 4 (Maryland, Virginia, Delaware and West Virginia), the District of Columbia, states, some 60 counties and 300 communities in the Washington metro area it is important to know that a one-way commute of almost 45-60 minutes is not uncommon in the National Capitol Region. High volumes of traffic are a daily reality. A recent study showed that Washington DC area commuters lose an average of 78 hours per year in traffic tie-ups, making it the 2nd worst commuter traffic situation in the U.S. (Los Angeles was first).

A tour at JB Andrews can be more expensive than at most other CONUS locations. Therefore, housing, eating out, insurance and taxes may be significantly higher than what you are accustomed to. On the positive side, there are lots of free recreational activities and cultural events.

It is illegal to text and operate a motor vehicle in Maryland. Hand-held devices are prohibited from use while on installation and within the state. A hands-free device must be used. Distracted driving is prohibited on Joint Base Andrews. Distracted driving is defined as texting, talking, emailing or using a cellphone while operating a motor vehicle without the use of a hands-free device

These actions are necessary to prevent unforeseen hardships to the military members and their families. Therefore, as a last reiteration, it is essential, members do not out-process without having the appropriate passports/visas for themselves (if applicable) and/or dependents.